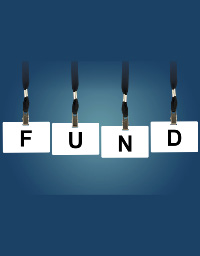 There is money, believe it or not, for those individuals and companies with well thought-out business plans. The money is looking for those that have a good understanding of their business and market. Money is attracted to people who put their own net worth on the line. Smart people with some of their capital to risk make successful businesses work. Not everyone is cut out to own or run a business.

Individuals who ramble on about great ideas are not heard over the roar of those willing to live or die by their own abilities and putting their own money on the line. No one is suggesting that it is an all or nothing society we live in; however, when you yourself are at risk, people stand up and take notice. Once you are ready to expose yourself financially, the search for capital becomes much more credible. There are many more dreamers than real entrepreneurs in Canada.

There are three primary sources of capital and a fourth that is becoming an ever-growing source of equity and importance to small to mid-market private companies.

The first source, Internal equity capital, is a direct result of personal capital of the shareholders and the profits of the business. Owners put their money on the line.

Lenders are a second common source. Loans consist of operating loans, secured by accounts receivable and inventory, term loans, for equipment, buildings, land, etc., from a variety of financial institutions. Business loans are perfectly accessible depending of course on the state of the company’s balance sheet and income statement. Some companies are not capable of taking on debt with personally guarantee the entire loan.

A third, more common source of capital is arranged with Suppliers. A majority of businesses find it indispensable to have trade credit as a part of financial structure.

A fourth and less publicized method of providing capital come from the use of investment Angels. It is a non-traditional source of equity that consists of a private individual with the funds to inject.

The more traditional routes, Internal, Lenders, and Suppliers, are fairly rigid in terms of financing. As a result of the recent credit crunch, lenders have few tangible assets left to use as collateral. The deciding factor becomes the willingness of owner(s) to further “share ownership” of their business. Where control is a priority, debt leveraging becomes the single outlet for financing company objectives. It should be noted, however, that in today’s economy, highly leveraged companies are often doomed from the beginning and carry a heavy burden of risk.

This burden of risk appears in two principle categories of debt: senior debt and subordinate debt.

Senior debt, generally the least restrictive of the debt categories, depends on a strong asset base value of company. Subordinate debt is a type of capital that is usually unsecured or ranks behind the security position of the senior debt lenders.

The non-traditional routes, which include equity partners, are a more conservative and risk-averse method of raising capital. There is, however, a trade-off in terms of control. The decision in the search for capital hinges on the fight between control and leverage. Equity partners may not require the leveraging of assets but in return require a sharing of control. More often than not, those injecting significant capital from their pools of resources want a say in management decisions.

The key to success in any industry is a well-informed and well-educated entrepreneurial public. An informed business community is capable of making the necessary decisions to survive and flourish in this lean economy. Business must arm itself with the power to control its own destiny. What is good for Canadian business becomes good for all Canadians.

Mark Borkowski is president of Toronto based Mercantile Mergers & Acquisitions Corporation, a mid market mergers & acquisitions brokerage firm. He can be contacted at mark@mercantilema.com or
www.mercantilemergersacquisitions.com 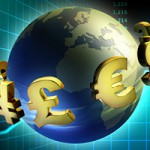 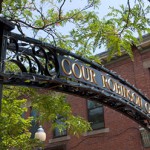 The City of Moncton