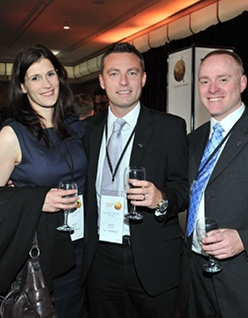 A global conglomerate providing human resources and staffing solutions, Randstad has been operating in Canada for more than 35 years servicing the engineering and IT industries, and established its general staffing division in 1997. The company has grown to more than 85 branches and 800 employees nationwide, and today is the country’s largest staffing, HR services, and recruitment providers.

Speaking with The Canadian Business Journal, Randstad outlined its company mission as “shaping the world of work”, from placement, to people, to corporate social responsibility initiatives. The company lauds both its internal culture and its “human approach” toward the people industry.

Working closely with its clients, Randstad specializes in delivering to industry segments, where clients always work alongside a professional who understands company operations and needs.

Mike Winterfield, President, Professionals Division, Randstad Canada, notes that Randstad is now once again making a bigger impact, with recessionary effects in the rearview mirror. The worst economic trends, seen mostly through the second and third quarters of 2009, are a thing of the past.

“We hear a lot of people still talking about recessionary times, but the last few years since that low point, we’ve been trending up,” Winterfield said. “We’ve certainly faired the stormy waters much better than the U.S., and some of the research points to the benefit of Canada and to the detriment of the United States—sort of a reverse brain drain—as we used to always hear about top talents of Canada moving to the U.S., where as the last few years we have seen the opposite.”

At Randstad, the goal is to lead in each of the markets where the company’s serves. Already a leader across several areas, including technologies, engineering, accounting and finance, government, and general staffing, Randstad is also shooting for further growth in these segments. Company projections back up this stance of increased leadership.

“If you look at the history of those many different divisions of our company, they were born out of focus on more contract market or permanent market,” Winterfield said. “We’ve now looked at each of those divisions and made some conscious decisions of markets we haven’t been serving as much in the past.

“We intend to serve more and better in the future. A big part of it is answering questions on behalf of our job seekers and clients on where the industry is going and being able to help build strategies to support that, whether that be directing people that gain different types of work experience or different educational courses toward the right industry. It helps us ensure the right supply to meet future demand.”

“Many of the suppliers that we identify go through an environmental assessment to ensure that everyone we partner with is equally involved,” Parker explained.

“Across Canada, we have developed a number of green teams that are employee-based, volunteering to continually assess environmental impact. We measure improvement every year across Canada.”

Randstad is proudly recognized as a top employer in Canada. It is no surprise that the company culture at Randstad has, for five years running, been awarded the best workplace in Canada. Randstad has also been awarded the best workplace for female employees. Notably, company culture has played an integral role in the success of Randstad and its ability to retain employee talent.

“Our people are the most important asset; that’s a big distinguisher,” Julien said. “Randstad invests a lot in its internal resources in making sure the right candidates are joining organizations, but we also grow our people through training and development long-term.”

“It creates a tremendous sense of pride within our walls,” Parker noted of the top employer recognition. “It also helps to further our employee engagement and the tenure of our employees certainly is a differentiator, as we do have vast retention of employees, which means that we’re holding expertise.

“Externally, for our customers and our candidates, it means they are able to work consistently with the same people and they know what we practice.”

In 2011, Randstad Canada hosted its inaugural Randstad Award ceremony Randstad Canada, recognizing the country’s most attractive employers—as voted by job seekers and the working population. Instituted by Randstad globally, the Randstad Award aims to encourage best practices in building the best employer brands. For the third consecutive year, Randstad has conducted its IBM/Randstad Technology Study, partnering with IBM to study trends in the technology industry, researching what skills are in demand. A similar study of the financial services market and the engineering industry will begin this year. Additionally, Randstad also conducts studies on workplace diversity, workplace trends, and salary surveys.

“Not only does this speak to what the future of those jobs would be, but it also helps educate both government and educational institutions in how to change some of their programs and to attract and retain that type of talent,” Parker concluded. “Everything we’re doing focuses on furthering our HR authority, not only across Canada, but from a global perspective.”