CBJ — Royal Bank of Canada has set a new profit record for banks in Canada with a yearly total surpassing $10 billion, marking the first time in history that threshold has been surpassed.

RBC outperformed expectations of most analysts in the fourth quarter, which sent the largest bank in Canada over the top. Final figures for the quarter show that RBC had an 11% increase in profit driven largely by gains at its retail banking and capital markets businesses.

Canadian banks have managed to largely push aside weakness in the domestic economy, concerns about the housing market and a potential fallout from an oil price slump affecting western Canada. 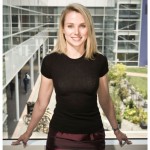 Board to Determine Future of Yahoo!