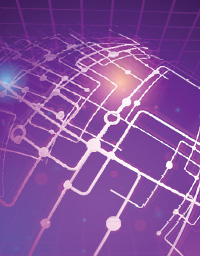 Since 1998, Canada’s industrial design operating revenue has been distributed across Quebec, Ontario, Alberta, and British Columbia. Quebec and Ontario account for approximately three-quarters of the revenue, with the remainder split between Alberta and British Columbia (see Figure 1). With several minor exceptions, industrial design operating revenue was not reported in other provinces or territories.

The Service Bulletins define design establishments as one or a small group of production entities that produce a mainly homogenous set of goods or services.

Note: At the time when this article was written, the most current issue of the Service Bulletins dated from 2009. Due to unreliability or confidentiality of data, Statistics Canada’s Service Bulletins did not release data from 2000 to 2002 or about industrial design in 2007. Further, in 1998 and 1999, statistics for Alberta were grouped within Canada’s Prairie region. In this study, statistics for Canada’s Prairie region are used to represent Alberta in 1998 and 1999, as they provide the most accurate estimation of statistics from Alberta in those years.