ROUYN-NORANDA, Quebec, Oct. 07, 2019 (GLOBE NEWSWIRE) — GLOBEX MINING ENTERPRISES INC. (GMX – Toronto Stock Exchange, G1MN – Frankfurt, Stuttgart, Berlin, Munich, Tradegate, Lang & Schwarz Stock Exchanges and GLBXF – OTCQX International in the US) is pleased to inform shareholders that today Nippon Dragon has announced that they are starting re-development work on Globex’s Rocmec 1 (Russian Kid) gold royalty, gold deposit located in Dasserat township approximately 35km west of Rouyn-Noranda, Quebec. Globex holds a 5% Net Metal Royalty on the first 25,000 ounces of gold produced and 3% Net Metal Royalty on all subsequent gold production from the property. Nippon Dragon’s press release stated the following:
“Nippon to restart development of its Rocmec 1 fully permitted UG mineBrossard (Quebec), October 7th, 2019 Nippon Dragon Resources Inc. (“Nippon” or “NDR”) (TSX-V Symbol: NIP), is pleased to report that it is restarting development work at its 100% own Rocmec 1 gold property. An updated reclamation plan has been submitted to the MERN in order to reflect the progress of reclamation work that was conducted on the property this past summer.The objective is the development of the McDowell and Talus veins.  The portal is being opened and dewatering is about to start. The underground development work will be conducted in phases.  Phase 1 will focus on level 45 while phase 2 will focus on level 90. The work is expected to extent over a 20 month period. Development plans for subsequent phases are currently ongoing and the goal is to implement each phase in a manner that the phases will overlap each other, thereby avoiding downtime.Nippon will employ its exclusive and patented thermal fragmentation mining method and conventional mining methods as warranted.The site will be also be used as a showcase for the thermal fragmentation technology. Potential clients will have the opportunity to view the technology operate in a typical underground setting.About Rocmec 1 projectThe Rocmec 1 project is located in the Dasserat Township, Province of Québec on the shores of the Labyrinthe Lake. It is approximately 35 kilometres west of the town of Rouyn-Noranda and is easily accessible from Route 117 and the frontier gravel road separating Quebec and Ontario and a secondary gravel road to the site. The property was acquired in October 2005, dewatering and rehabilitation of the mine commenced in January 2006. To date, Nippon Dragon has invested approximately $33,000,000 in rehabilitating the property, surface and underground infrastructure, diamond drilling, equipment and drifting. The property includes a 100m deep two compartment shaft, an 844 metre decline allowing access to five levels (50, 70, 90,110 and 130 metres). On these levels a total of 1700 metres (drifts and cross-cut drifts) were driven. The Rocmec 1 ore body is well defined by diamond drill holes. The 2010 NI 43-101 report by SGS using a cut-off grade of 3 g/t Au reports a Measured and Indicated mineral resource of 570,300 tonnes grading 6.52 g/t Au (119 500 oz) and 1,512,400 tonnes Inferred at 7.4 g/t Au (359 600 oz).”Globex is pleased that the gold deposit will again be placed into production and generate royalty revenue for Globex.
This press release was written by Jack Stoch, Geo., President and CEO of Globex in his capacity as a Qualified Person (Q.P.) under NI 43-101.
Forward Looking Statements: Except for historical information, this news release may contain certain “forward looking statements”.  These statements may involve a number of known and unknown risks and uncertainties and other factors that may cause the actual results, level of activity and performance to be materially different from the expectations and projections of Globex Mining Enterprises Inc. (“Globex”).  No assurance can be given that any events anticipated by the forward-looking information will transpire or occur, or if any of them do so, what benefits Globex will derive therefrom.   A more detailed discussion of the risks is available in the “Annual Information Form” filed by Globex on SEDAR at www.sedar.com. 54,398,852 shares issued and outstanding 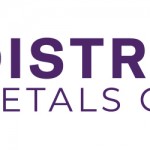