The Government of Canada recently developed and published a “Hydrogen Strategy for Canada” (https://www.nrcan.gc.ca/climate-change/the-hydrogen-strategy/23080) in which it predicted: “With worldwide demand for hydrogen increasing, the global market could reach over $11 trillion by 2050. Each region of Canada can utilize their unique resources to produce and deploy hydrogen domestically as well as to supply a growing export market. Based on their existing country strategies, demand potential, and proximity, Europe, Asia, and the United States have been identified as potential export markets for Canadian clean hydrogen. Implementing the Hydrogen Strategy can spark early economic recovery, lead to a $50 billion domestic hydrogen sector, and generate more than 350,000 high paying jobs from coast to coast.”

In October 2019 Red Moon reported that pursuant to a “Request For Proposals On The Fischell’s Brook Salt Property Exempt Mineral Land” issued by the Government of Newfoundland and Labrador, the Company was the successful bidder and was awarded the mineral rights to Fischell’s Brook which hosts a large salt dome situated approximately 15 kilometers south of the Great Atlantic salt deposit.

The acquisition of this asset was very timely given the recent developments in the rapidly expanding global energy storage market. As a result, the Company has also recently added 300 claims or 75 sq. km to its landholdings in the general vicinity of Fischell’s Brook to cover other strategic ground that has storage potential.

Unlike Great Atlantic, which is a homogenous and relatively shallow high-purity salt deposit, Fischell’s Brook is considered a salt dome-type deposit. Based on technical work filed with the provincial government by previous operators, six holes targeting this salt dome have been drilled on the area covered by the Company’s licenses. Four holes penetrated gross salt thicknesses exceeding 400 meters including up to 764 meters in Hooker #1 to a depth of 1,099 meters. These four holes all terminated in salt and encompass an area exceeding 2.25 square kilometers, providing large potential storage cavern volume. Storage caverns are created in a salt dome by drilling into the structure and circulating water, which dissolves the salt. The leftover brine is then removed, leaving a cost-effective storage cavity. Red Moon is carrying out a detailed compilation of all previous work and data related to this salt dome.

Storage of air and fluids in salt domes is well established technology. Given the location of the Fischell’s Brook salt dome in western Newfoundland, Red Moon is investigating all of it options in regard to its storage potential including possible synergies with a hydrogen project.

The Fischell’s Brook salt dome also has potential as a compressed air energy storage (CAES) “battery” that could act as a store of electricity to balance the load of other sources of electrical generation. In its simplest sense, CAES allows for the storage of compressed air underground utilizing excess electrical power in the compression stage. When the “stored power” is needed, the compressed air is released into power generating turbines. This technology is currently in use and is undergoing rapid development to maximize its efficiency.

Patrick J. Laracy, P.Geo, and CEO is the Qualified Person responsible for the contents of this news release as defined in National Instrument 43-101.

Red Moon Resources Inc. is an emerging commodities leader in Atlantic Canada, focused on Newfoundland and Labrador, with 100% ownership of the Great Atlantic salt deposit in addition to a producing gypsum mine, an early-stage nepheline discovery, and strategic ground covering the Fischell’s Brook salt dome and other nearby potential underground storage opportunities.

Not for release in the United States or to U.S. newswire services 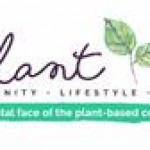