Financial technology or FinTech as it’s commonly known, is a relatively new phenomenon and has morphed into an industry of its own, which is comprised of enterprises that use new technology and innovation with available resources in order to compete in the marketplace of traditional financial institutions and intermediaries.

International policymakers, regulators and business leaders in financial services, technology, research and development are now offering up their opinions far more regularly on just where they expect the financial services industry and the hi-tech sector to join forces.

“I remember I used to be a consultant prior to the global financial crisis in 2008 and I remember there was one quarter in 2007 where one major U.S. financial institution made more money than every single Canadian entity put together,” begins Hatton. “As a consultant I was constantly being pulled to America because that’s where so much activity takes place. It’s remarkably to see the change that we see today. The Canadian financial system did very well post-crisis.”

Canadian banks have become more globally relevant and have made numerous, substantial international acquisitions. Much of that can be attributed to stringent regulations and stable performance.

“When you think about global financial cities you immediately think about New York and London as well as Hong Kong and Singapore. Toronto has 250,000 people in the financial community with lots of great talent and universities,” adds Rawlings.

“Canada has solid regulations and excellent human capital in financial services. I think Canada does need to become hungrier when it comes to pursuing foreign capital,” says Irvine. When need to create an ecosystem where there are incubators and accelerators for capital.

“When I think of global financial centres, Toronto is not generally thought of in that main group,” says Thadaney. “But ironically, many of our statistics are very encouraging. The amount of capital that this ecosystem raises for businesses every year in the form of equity is No.3 behind the U.S. and China.”

Canada is punching well for its weight. Comparing the Canadian economy to the U.S. and China it really is an impressive return. In Canada there are some of the biggest, most stable banks in the world. Many are in the Top 50 internationally. But for global customers, most all of them will know Goldman Sachs and Morgan Stanley but what they don’t know is that RBC is bigger than both of them. It’s about getting that information out to the world.

“I don’t think we attract enough global activity to this city (Toronto) in a way that we really need to compete against those other jurisdictions,” says Hatton.

There is a Global Financial Centre Index that ranks cities on human capital, business environment, financial sector development, infrastructure and reputation. Toronto now ranks No.10 on the international index, which is a gain of three places since the last rankings, scoring particularly well on business environment. The goal is to get into the top five in the world.

“When it comes to the tech space I think we most often look to Waterloo as the model. There is a goal to train people through co-op programs over the next four to five years. Many big companies in Toronto and throughout Canada are committed to that,” says Rawlings.

“I think a big part of it is being able to retain some of the excellent talent here and keep them from going to the United States,” adds Irvine. How can we leverage these new technologies to make life simpler and faster for our clients?”

“The narrative is one where we’re embracing FinTech at BMO,” continues Irvine. “Two or three years ago the narrative that we heard was that there was the fear of disruption. At BMO we have people whose sole purpose is to identify and source best capabilities and bring them onto our platform.”

The funding trend is now moving toward “enablers” versus “disruptors.” Banks and other FIs have large incumbency advantages, and FinTech firms recognize that convincing bank customers to switch is a difficult task to execute.

Many more new startups are infiltrating Toronto because the industry has become much more attractive over the past couple of years as a place to establish a FinTech business. Banks must make the transition if they want to be part of this revolution. But changing and being nimble enough to do so may be a big challenge, more so for some than others.

“It’s a challenge for every bank,” continues Irvine. “In some cases integrating with legacy networks will be hard. We’re all on the journey and we may all be in different places. In some areas we’ve made significant advances and in other areas it’s damn difficult.”

“A bank’s first and foremost responsibility is the care of other people’s money. There is an inherent dichotomy between aggressive, fast-moving change and stability of the core responsibilities,” says Hatton.

There is no doubt that the global business community is transitioning on a daily basis in what has become a constantly evolving innovation ecosystem. International investment in financial technology increased from $950 million in 2008 to more than $18 billion last year.

Innovation and change has been happening for a long time, but now it’s even more accelerated and there is a need for it to be mobile.

“Our organization doesn’t really have a consumer business here so I’ll talk from a U.S perspective. As a company, we’ve got 40,000 technologists and a $9.5 billion global spend on technology, $3 billion of which is spent on new initiatives and $600 million is spent on FinTech specifically,” reveals Rawlings.

Innovation is not just about digital progression, but it’s also about what the client wants. Less than 20 years ago people were trading securities on the floor, exchanging tickets and putting them in machines. The very first exchange in the world to go electronic was in Toronto.

The most innovative financial instrument of our time – the ETF – was first done in Toronto,” notes Thadaney. “It’s about getting the story out there and we need to be more aggressive and assertive about it.”

One concern is that Canadians are great at idea generation but then those ideas get perfected somewhere else. The idea and or the human capital tend to go to other jurisdictions. Experts agree that commercialization and monetization is what matters the most. That is when an idea is actually transforms from theory to real life and is having an impact on the lives of consumers.

“Apple is a great example of a company that does commercialization and design incredibly well but is actually quite weak on ideation. But there execution and adoption profile is better than the competition,” says Hatton.

A lack of risk capital to build upon innovative ideas is the root cause of why so many opportunities end up being developed elsewhere. The U.S. is definitely more willing to take risks. No risk – no reward. There have been successful collaborations so far, such as BNS’s $1.75-million investment in the Scotiabank Disruptive Technologies Venture at the Rotman School of Management and financial services courses in risk and finance at several universities, including York University, the University of Toronto and the University of Waterloo. Many more are coming down the pike. Fintech is undoubtedly the lead disruptor in business and it’s only just begun.

“It’s about a willingness to adapt to change and remain relevant to the people who are buying your products and services,” says Irvine.

“It’s about working out the right partnerships and approach,” adds Hatton.

To date, disruptive innovations have tended to be produced by outsiders and entrepreneurs, rather than existing market-leading financial institutions. It remains to be seen whether banks will fully extend themselves and be part of the FinTech revolution, developing a partnership through lending in some of the top-tier companies.

According to McKinsey & Co. disruptive technologies represent advances that will transform life, business, and the global economy.

“We don’t want to be arrogant about this. We have to be vigilant and focused. Embracing the technology makes us more efficient,” says Rawlings.

“To me it’s a continual cycling of innovation, resulting in a better product platform all the time. It’s an opportunity to make our businesses harder, stronger and faster,” offers Thadaney.

The avalanche of change is just now picking up and it’s going to continue to increase and evolve. In 2016, the Competition Bureau launched a FinTech market study to examine Canada’s competitive landscape for new technology-led innovation and emerging services in the Canadian financial services sector. The study is exploring the competitive impact of FinTech, barriers to entry or innovation and potential regulatory reform.

“If it’s something we’re great at, we’ll build it ourselves. If we think someone can do it better we’ll try to bring them in as industry partners. Managing and measuring the efficiency of your technologies is very opaque. How do you create an environment where you have smaller teams that can make things faster and be willing to have some failure along the way? It just has to be calculated failure,” says Rawlings.

While some Fintech companies are looking to disrupt the wealth advisor market, many more are looking to help wealth managers to deliver a better service to their clients.

“I think the trend is going to be much more towards partnerships than acquisitions and integration,” says Hatton.

“Wealth, payments or lending is not the point. The point is how we use data to make experiences that are easy and frictionless for customers,” continues Irvine.

Change is here and the truth is nobody is certain where it will end up, because there is always the distinct possibility that even more technological innovation will rise to the surface and disrupt the financial industry yet again. There are those entities that may not like disruption but a willingness to accept it will definitely be required in order to survive. Fintech is undoubtedly having its day in the sun. How long it lasts, we’ll have to just wait and see. 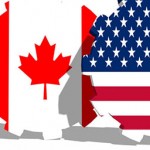