SUNNYVALE, CA–(Marketwired – Nov 13, 2017) – RedSeal announced today that, CRN®, a brand of The Channel Company, selected its network modeling and risk scoring platform as the winner of its 2017 CRN Tech Innovator Award in the Network Security category. These annual awards honor standout hardware, software or services that have helped to move the IT industry forward.

RedSeal analyzes large enterprises’ complex networks to create one holistic, and easy-to-update model of hybrid datacenters for its customers. RedSeal’s network modeling and risk scoring platform gives customers a unified network view, including devices on-premise, virtualized and/or in a public cloud, in a single, simple to understand model. This accurate and up-to-date insight helps security teams understand their security posture, as well as accelerate incident investigation and containment.

“Winning this award reflects the hard work and continued growth the RedSeal team puts forth every day,” said Julie Parrish, RedSeal CMO. “In an environment where cyber risks are growing exponentially, the breadth and integrations offered by our platform give large enterprises and government agencies the ability to understand their networks. They can proactively build their digital resilience, continue to optimize their existing security investments, and improve their overall security posture.”

“The vendors and products on CRN’s Tech Innovator list represent some of the most creative and forward-thinking achievements yet seen in the IT channel,” said Robert Faletra, CEO of The Channel Company. “We are honored to celebrate their ingenuity and the growth they are driving across the industry, from increased worker productivity and sales to expanded solutions for complex problems and trailblazing innovation.”

The Tech Innovator Awards will be featured in the December issue of CRN and can be viewed online at crn.com/techinnovators.

RedSeal’s network modeling and risk scoring platform is the foundation for enabling enterprise networks to be resilient to cyber events and network interruptions in an increasingly digital world. RedSeal helps customers understand their network from the inside, out — and provides rich context, situational awareness and a Digital Resilience Score to help enterprises measure and ultimately build greater resilience into their infrastructure. Government agencies and Global 2000 companies around the world rely on RedSeal to help them improve their overall security posture, accelerate incident response and increase the productivity of their security and network teams. Founded in 2004, RedSeal is headquartered in Sunnyvale, California and serves customers globally through a direct and channel partner network. Follow RedSeal on Twitter at @redseal_co and on LinkedIn.

RedSeal and the RedSeal logo are trademarks of RedSeal, Inc. All other names and trademarks are the property of their respective owners.

Softbank to Invest in Uber 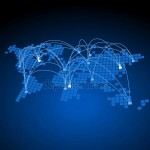