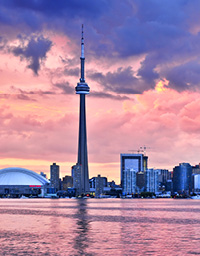 Powerful forces are changing the global economic landscape and challenging Canada’s prospects in the world.

In the last 20 years, the weight of global economic activity has dramatically shifted from developed to developing countries. Developing nations now account for about one-half of the world’s output, up from 38 per cent in 1990. The Organization for Economic Co-operation and Development (OECD) predicts by 2030 their share will reach 57 per cent. In 20 years, Asia’s gross domestic product is projected to be larger than that of the G7.

The massive expansion of manufacturing capacities in the developing world, particularly in East Asia, is a striking element of the global swing in economic activity. China is now the world’s top manufacturer in terms of output and is the regional hub for foreign outsourced production. Many developing countries are the spokes supplying China with parts and components, raw materials and energy products.

According to the United Nations Conference on Trade and Development, developing countries as a whole account for about 37 per cent of world trade, up from 23 per cent in 1990. They are increasingly trading with one another. Indeed, South-South trade is the most dynamic force in the global economy. The relative importance of trade among industrialized countries has slipped and now accounts for approximately 63 per cent of the world total, down from 77 per cent in 1990.

The expansion of innovative capacity in a number of large developing economies, like China, India, Malaysia, Thailand and Vietnam, is another facet of the global economic transformation. These countries have a critical mass of researchers, scientists and engineers. In fact, over 40 per cent of the world’s researchers are in Asia, with China accounting for half of this. They are rapidly increasing their investment in research and development—Asia now accounts for about one-third of the world’s expenditures on R&D—and are emerging technological powers. They recognize that research and innovation are key predictors and determinants of success in the increasingly competitive global economy.

Canada is at risk of being swept aside, its influence diminished and ability to compete severely hampered as more aggressive nations power ahead. It is imperative that Canada and Canadian businesses become more ambitious, aggressive and innovative to compete in global markets and take advantage of the enormous opportunities in faster-growing regions of the world.

Since 2000, Canadian exporters have lost almost one quarter of their market share in the U.S.  From 2000 to 2010, China increased its share of the U.S. import market from eight per cent to 19 per cent, surpassing Canada as the largest exporter to the United States.  Back in 1990, China held the eighth spot. Over the same period, Canada’s share of U.S. imports fell from 19 per cent to 14 per cent. While China’s ascent is also affecting other nations, a number of countries—most notably Mexico—have fared relatively better than Canada.

Canada’s loss in market share reflects, to a large extent, the continued erosion of Canada’s international competitiveness. The loss in competitiveness is attributed to Canada’s poor productivity performance and magnified by the dramatic rise in the Canadian dollar.

Business sector productivity growth in Canada slowed to historically low rates and significantly below that of the U.S. in the last decade. It has also been at the low end compared with our competitors in the U.S. market. Unit labour costs (i.e. the cost of labour to produce a unit of output—a function of the nominal exchange rate, relative hourly compensation and relative productivity) increased three times as fast in Canada as in the U.S., eroding the cost competitiveness of Canadian-made goods south of the border.

The Expert Panel on Business Innovation stated: “Canadians should be concerned about the productivity of our export-oriented economy as competition from China and other emerging economies intensifies. Strong productivity growth is the way to remain internationally competitive with a rising standard of living.”

The Canadian dollar is likely to remain a competitive challenge, one we have little control over. In any case, “counting on a much weaker dollar to regain business competitiveness looks like a risky business model. A cheap currency is not a business strategy”, said Tiff Macklem, Senior Deputy Governor of the Bank of Canada. On the other hand, we can and must boost our productivity.

Building a more productive and, thus, a more internationally competitive economy is a shared undertaking—the responsibility of business, individual Canadians and government. Its requires greater investment in innovative practices and technologies, that Canadians be equipped with the rights skills and education, and that Canada offer an attractive environment for investors and entrepreneurs.

In April, the OECD emphasized the importance of governments reforming the underlying structure of their economy to create the conditions for businesses to maximize their productive capacity. For Canada, it highlighted the need to reduce barriers to competition and foreign direct investment, and make improvements to our taxation system, R&D support polices and labour-market policies.

Canada ranks a disappointing 17th among OECD countries when it comes to business sector R&D spending. When it comes to innovation, the World Economic Forum rates Canada in 19th place, far behind the U.S., Germany and Japan.

Canada’s level of commercialization is weak, ranking near the bottom among OECD countries.

Canada ranks 28th when it comes to high-tech products share of goods exports.

Canada trails many other nations in the number of graduate degrees awarded, including the U.S. which awards almost twice as many Master’s degrees and one-third more PhD’s per capita than does Canada.

Canadian firms lag in the employment of PhDs and other post-graduates, especially in the sciences, engineering, and business.

The OECD has consistently ranked Canada as having among the most restrictive barriers to foreign direct investment among industrialized nations.

To once again quote the Bank of Canada’s Senior Deputy Governor, Tiff Macklem, “Our competitors are not waiting. They are raising their game. So while investment is not without risk, failure to invest will almost certainly doom Canadian business to a continuing loss of competitiveness and a shrinking share of global markets. This need not be our fate.”

Our goal should be to become one of the most innovative and productive countries in the world. By focusing on that goal and acting now with a clear sense of purpose, business and government can improve Canada’s competitiveness standing and create a leading-edge economy that will provide more and better jobs for Canadians, now and in the future, and a rising standard of living.