Regarding agreement on sale of commercial part of business of wholesale electricity trade of “Lietuvos energijos gamyba”, AB

Elektrėnai, Lithuania, 2015-09-03 17:00 CEST (GLOBE NEWSWIRE) — “Lietuvos energijos gamyba”, AB (company code 302648707, registered office Elektrinės g. 21, Elektrėnai; hereinafter referred to as the Company) hereby informs about its intention to sell part of commercial wholesale electricity trading business to Energijos tiekimas, UAB (hereinafter referred to as Energijos Tiekimas). By 3 September 2015 both parties as well as the holding company “Lietuvos energija”, UAB, which holds 96.13 percent of shares of the Company and 100 percent of shares of Energijos Tiekimas, approved the principal provisions of the agreement between the companies on the sale of the commercial part of wholesale electricity trade business of the Company.The part of business to be sold consists of the trade activities, which are not related to physical electricity trading, through financial derivatives and the provision of balancing services. The Company will continue earning income from electricity generated in its power plants and sold on the market as well as from the ancillary services provided to Transmission System Operator. No significant tangible assets that belong to the Company will be transferred to the buyer of business during the business sale transaction. Taking into account the value of business that was set during the independent business valuation Energijos Tiekimas will pay to the Company 13.1 million EUR in installments until 31 March 2017. Another 8 million EUR (2 million EUR a year) can be paid as an earn-out provision depending on the results of the part of business to be sold over the next four years. Total final amount of transaction, subject to the implementation of any and all terms and conditions provided in the contract, can reach 21.1 million EUR.The contract of sale of the commercial share of wholesale electricity trade will be signed by and between the Company and Energijos Tiekimas by the end of October of 2015. It is provided that the title of ownership of the part of business will pass on 1 January 2016This agreement was concluded by implementing the value chain development program of Lietuvos Energija Group, including the leaning of the Company’s production activities through the separation of a part of commercial electricity wholesale trade activities performed by the Company.Energijos Tiekimas is an independent supplier of electricity.         Valentas Neviera, Head of Corporate Communication Division, tel. +370 670 25997, e-mail. valentas.neviera@le.lt 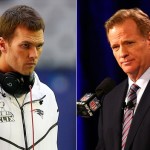