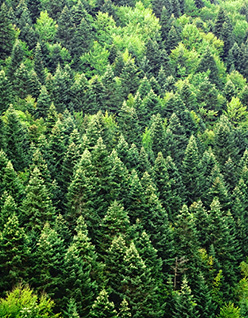 Alberta’s Region of Wood Buffalo is one of Canada’s fastest growing industrial areas, featured regularly in The Canadian Business Journal as a powerhouse of Canadian oil and gas production due to its vicinity to the Athabasca oil sands.

The region, which also encompasses the recognized oil hub of Fort McMurray, is well known as a fountain of economic activity and, therefore, job creation.

According to Statistics Canada’s Labour Force Survey, Wood Buffalo’s regional employment rate for those 15 years and older was 80.6 per cent in 2010. And between 2006 and 2010, the region’s working age population increased by about 12,000, while employment increased by more than 9,000 as a result of rapid growth in the oilsands sector. The oilsands produce 1.4 million barrels of oil a day and are the second largest source of oil in the world after Saudi Arabia.

The prodigious natural resources of the region bring great prosperity. The challenge, nevertheless, as described by Wood Buffalo city council is that the “success and rapid expansion present challenges such as infrastructure and adequate housing that need big, imaginative ideas to address them.”

While the region’s growth has by no means plateaued, Wood Buffalo Mayor Melissa Blake’s attentions have evolved from simply keeping up with the massive influx of new habitants and shadow workers who come in the hundreds of thousands annually, to creating a vibrant and full-time home for a population that is projected to more than double to 230,000 by 2030. As its numbers increase, Wood Buffalo is planning on building on the community’s spirit with a vibrant plan.

To this end, the Wood Buffalo Municipal Development Plan has been created with a goal to put achievements in city and municipal planning on par with the region’s already established reputation for employment. Acting as the region’s guide for the next 20 years, the plan will support, promote, and build an attractive and liveable community offering a high quality of life and belonging to attract residents to settle in the region for the long term.

The Municipal Development Plan is set in stone and the result of exhaustive community consultation.

“This is not about dreams on paper. This is about making these dreams a reality. We had multiple engagements with citizens regarding the plan,” says Blake.

“I’ll be the first to admit that planning documents can be kind of dry to the average citizen, but this was different — it got people active and engaged in what the city can be. Through meetings and the Internet, the council undertook a large scale survey of the community’s needs in all areas, compiling more than 15,000 recommendations and ideas from those who live, work, and play in Wood Buffalo. It’s the most important decision-making tool for the mayor and council.”

A key tenant to the plan of responsible development quickly emerged. “We have deeply considered environmental stewardship, economic resilience, home and belonging, and a vibrant culture of working together.”

“In our community the reason we have seen so much growth and population is because the job opportunities exist as well,” says Blake. “We went from two major oil and gas operators to over 15 that are operating in the region now. The abundant opportunities that come from that are not only about direct employment, but indirect employment as well. We do extraordinarily well on the basis of what is available for economic participation.”

The revitalization of Wood Buffalo’s 50-year-old downtown area will take centre stage in the Municipal Development Plan. “We expect to see a lot of density with the increase of residents and so we want to create a community that is living 24 hours a day, seven days a week; a place to live with work and play opportunities all in close proximity.”

This redeveloped downtown is set to deliver on the overarching promise of the redevelopment plan, which is one of opportunity. The majority of Wood Buffalo citizens now have houses spread around the region, so the downtown will provide a much needed focal point with commercial interests, restaurants, arts and activities, etc. “If you are coming to town the place I am going to take you is downtown so you can see the excitement that has been built in the last few years,” says Blake.

A prescient move will be to create a transit oriented community, one where surface level parking will be replaced with underground counterparts to encourage an open, pedestrian friendly downtown.

“The Interface is brilliant in my mind,” says Blake, of the connection the downtown will have with the people and the surrounding beauty of the area.

Wood Buffalo will provide opportunity for everyone in the region. Its transparent and fiscally responsible government will work together with its citizens to become, as the council predicts, “not only the biggest municipality in Canada, but also the strongest.”