You know the tastes of Renée’s – the mouth-watering Mighty Caesar, or possibly the brilliant Poppy Seed concoction. In these fabulous dressings is something you simply won’t find in other store brand recipes: freshness.

Renée’s dressings can be found in most grocery stores, gracing the fresh produce aisles, in their signature round glass canisters with cursive labels.

There is, if you didn’t know already, a woman behind the magic that is Renée’s dressing – and she is every bit as genuine as the dressings themselves.

Renée Unger didn’t start a company, and then find a product to sell. The product, the dressings, found her. Renée was gracious enough to share with CBJ how amazing the journey has been to creating the perfect salad dressing

Unger explains that her hobby was cooking.  “I was fascinated by presentation and taste. I found out at a young age that I was one of those people that is a super taster. I have a very sensitive pallet – I know when something’s good or something’s off. With every blessing, there’s a curse. When I went into restaurants I could tell when they had just cleaned the utensils or washed the floor, so there’s a downside to my heightened senses”.

Unger was a teacher before she had children, and once her family started to grow she decided to stay home – that’s where the cooking really took off. Her family sat down to homemade meals every night, and would come home from school or work where a healthy snack of cut up fruits or vegetables would be waiting. This is where the dressing creation started – snacks that could be seen by children as boring or too healthy to be tasty were accompanied by amazing homemade dressings.

There was another more serious reason Unger began to make her own dressings: she has always been allergic to preservatives and couldn’t eat store-bought dressings. Her husband at the time, Arnold Unger, became her partner in developing the one-of-a-kind dressings, and the recipe for the success of Renée’s was written.

“To this day, salad is our favourite food”.

Creating the demand for Renée’s dressing

In the mid-1980s, Unger created her popular Poppy Seed dressing. Before she knew it, the demand for Renée’s was flourishing. The dressing was originally given out as gifts for holidays, but people caught on and she knew she had to ‘go big’ with her creations.

After receiving a dressing as a gift, a bank manager told Unger “I’d pay anything for more”. Unger says that that line is what motivated her to create a business around the dressing. “That became my vision, to see my bottle of Renée’s on every family’s table. I imagined parents and children sitting around. I knew that’s what I wanted to do one day.”

The realization that she wanted to start her own business came in December of 1984.

By 1985 she had created Caesar, Greek, Blue Cheese, and Poppy Seed dressings. Unger and her husband, as well as their children worked together to build the company, doing demos in smaller stores, and selling to boutique grocers such as Holt Renfrew and Pusateri’s. Within eight months of going on the road, Unger and her family had created overwhelming demand for her product and established a tremendous following.

Eventually the family had to buy a plant to create the dressings to match the demand. There were ups and downs as the Renée’s empire grew. At one point, Unger had to consider selling the business but made it out of a cash crunch situation and continued her mission, determined to get her dressings onto dinner tables everywhere.

Nothing stops a determined entrepreneur

“I think the thing that entrepreneurs have in common is the ability to think on their feet” Unger says, reasoning that adaptability is how many entrepreneurs survive recessions, such as the one faced by Canadians today. “They are able to say: ‘given this economy, I think we should do this instead’. When your company is large, it’s not so easy to do. But smaller companies have that flexibility.”

Unger adds that the entrepreneurial “spirit” is something that is just inherent in certain people. She says that her entrepreneurial spirit comes with having an “excellent gut” – no pun intended. “If it feels right, I do it” she says. In this case, if the taste is right, it works. Unger’s innate ability to see a good business opportunity versus a potentially disastrous one is what has made Renée’s the empire it is.

“One of the things entrepreneurs have that others don’t: they don’t wait to hear about the trends through statistical data, they themselves drive the trends.”

After establishing Renée’s as a niche product, the company made dressings with fruit, and developed recipes with fruit. “We were 20 years ahead of what other food companies were doing” she says.

“Why sell Renée’s at your store? We have the answer to that at all times: we absolutely taste better, the ingredients are healthy for you, and we’re at a level that no one else is at – you can see this in our sales.”

Advice for the new business hopeful

There are so many reasons and circumstances that led to the creation of Renée’s, so what does Unger have to say to new entrepreneurs? She has plenty of advice for people who want to go into business for themselves:

“If you want to be an entrepreneur, you better have a good checklist. That checklist should ask you: ‘am I unique? Can I sustain myself? Is my product delivering on promise? Is there a market out there, and if my product doesn’t catch on right away am I able to sustain myself?’ You need to do a really good business model before you decide to do anything. At one time, anything that looked good would have flown, but in times like these, well, I don’t need to say how tough it is out there. People are holding on to their money a little more carefully.”

Unger adds that the main key to success for new entrepreneurs is to “surround yourself with good people”, echoing a theme she’s learned through the good times, and the bad. She says that people going it alone in the business world need to keep people around to share the vision, but also keep things on the level.

She says “we created and held onto our ideals as time went on, and we never sold out – we never used lesser quality ingredients. I remained true to my vision, and everyone who worked for us had the same high standards as I did”.

To this day, Renée’s has not changed the formulas in the dressings, because as Unger puts it, “you start changing your formulas, and then you’ve lost the reason customers are buying the product”.

In 2006 the Unger family sold the business to Heinz Foods of Canada, but Renée is still intimately involved in the innovation and creation of new products.

Despite the ultimate sale of her enterprise, Renée Unger still believes in the basics – hard work, a vision, and making the best product on the market. And if you’ve ever tried her dressings, you know you’re enjoying the best dressing out there. 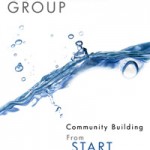