TORONTO, Nov. 26, 2020 (GLOBE NEWSWIRE) — GOLD’N FUTURES MINERAL CORP. (CSE: FUTR) (FSE: G6M) (OTC: GFTRF), (the “Company”), is pleased to announce that it has executed a Purchase and Sale Agreement with United Gold Inc. (“United Gold”) to acquire a 100% interest in the Brady Gold Project (the “Property”) located in the south central Newfoundland gold belt and approximately 80 km southwest of the New Found Gold Corp. – Queensway gold project (the “PSA”). A copy of the PSA is available on the Company’s SEDAR profile at www.sedar.com.
Historical EstimateThe following historical data and associated resource estimate is based on prior data and reports obtained and prepared by previous operators, and information provided by governmental authorities.Establishing a current mineral resource estimate on the Property will require further evaluation, which the Company and its consultants intend to complete in due course.Exploration HistoryFrom 2003 to 2013 a total of 6,353.56 meters of diamond drilling in 30 holes had been completed on the Property, including 5,436.46 meters of diamond drilling (24 holes) which targeted the Reid Zone. In late 2009, a seven hole, 1,200 meter drill program expanded the area of known gold mineralization at the Reid Zone. The drill program (holes BO-09-16 to BO-09-22) focused on the Reid Zone to the north, west and south of the historical drilling, with most holes spaced 50 meters from the pre-existing holes. Drill intercepts included (BO-09-17) which returned from 102.50m – 119.30m,16.80 meters of 1.02 g/t, and from 133.05m – 153.50 m, 20.45 meters of 1.27 g/t Au which included a higher grade intercept from 147.75m – 153.50m, 5.75 meters of 3.89 g/t Au. The Reid Zone remains open to depth and along strike with gold mineralization starting near surface.In March, 2011, a second phase of drilling on the Property designed to expand the known mineralization and to gain additional information to update the initial resource estimate on the Reid Zone. The program delivered the highest grades to date highlighted by: BO-11-24 which intersected from 29.94m – 61.00m, 36.06 meters grading 1.15 g/t Au and from 84.0m – 103.98m, 19.98 meters grading 1.05 g/t Au; hole BO-11-25 which intersected from 307.55m – 333.00m, 25.45 meters grading 1.48 g/t Au including a section from 317.10m – 324.980m, 7.80 meters grading 3.62 g/t Au.A resource estimate for the Reid Zone was prepared in September 2012 and currently would be regarded as a historical estimate, as referenced above.The historical estimate at 0.3 g/t Au cut off, produced 9.57 million tonnes averaging 0.56 g/t Au classified as Inferred for a rounded total of 173,000 ounces of gold. The deposit remains open down dip and along strike therefore considerable additional drilling is required to substantially expand the zone.The above resource was based on 21 holes totalling 4,699 meters and 1,486 samples. A mineralized grade shell typical of porphyry mineralization was constructed on a 0.10 g/t cut-off. Five-meter composites were utilized and outlier high grade gold values were capped. Grade continuity was established by using semi-variograms and bulk density of 2.80 was used from 55 core samples of the Reid zone. Grader blocks of 20 x 20 x 5 meters in dimension were generated by Ordinary Kriging. From various cut-off grades for an open pit operation a 0.3 g/t cut-of was highlighted in the Giourx 2013 report which is cited in this press release.The Reid Zone shares similarities to a relatively new type of gold deposit called Intrusion- Related Gold Systems (IRGS), first defined in 1999 (McCoy, 1999). Several well-known examples of this type of deposit are found in the Tintina Gold Belt in Alaska and the Yukon Territory and include the Fort Knox, Donlin Creek and Brewery Creek deposits. A comparison of these deposits and the Property shows many similarities such as a complex tectonic terrane comprised of deformed shelf sequences and their proximity to major terrane bounding structures. The host felsic to intermediate porphyritic intrusions contain quartz veins, arsenopyrite and black shale rafts, which are also common features between the three deposit areas. The host lithology to the intrusions, the alteration and the vein style and mineralogy (with the exception of lack of stibnite mineralization) are also similar.The Reid mineralization is a much older (488 Ma) system than the Cretaceous Cordilleran examples. The comparison between these deposits suggests that the Property has the potential to host significant intrusion hosted, open pit mineable gold deposits similar in size and grade to that of the Fort Knox deposit (252 MT @ 0.47 g/t Au –Kinross Gold website). Giroux, G.H., P.Eng. and Froude, T., P.Geo.. 2013, Form 43-101F, Technical Report for the Reid Zone Resource Estimate, Brady Project. p12-13.Terms of PSAPursuant to the PSA, the Company will acquire the Property upon the issuance of 6,000,000 common shares of the Company, and by granting the royalty to United Gold in the form agreed upon and attached to the PSA.The Company will also pay a finder’s fee to qualified parties in connection with the acquisition of the Property.Qualified PersonThe scientific and technical content of this press release has been prepared, reviewed and approved by Mr. Walter Hanych, P. Geo., who is a Qualified Person under NI 43-101 regulations and is a consultant of the Company.About Gold’n Futures Mineral Corp.Gold’n Futures Mineral Corp. (CSE: FUTR) (FSE: G6M) (OTC: GFTRF) is a Canadian based exploration company focused on acquiring prospective precious metals properties with the objective of making new discoveries in established gold camps in Canada.On behalf of the Board of DirectorsFor further informationTheo van der Linde, Director & interim CEO
Phone: 604-687-2038
www.goldnfuturesmineralcorp.comThe Canadian Securities Exchange accepts no responsibility for the adequacy or accuracy of this release.This news release may contain forward-looking statements based on assumptions and judgments of management regarding future events or results. Such statements are subject to a variety of risks and uncertainties which could cause actual events or results to differ materially from those reflected in the forward-looking statements. The Company disclaims any intention or obligation to revise or update such statements. 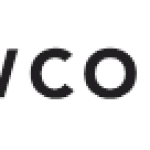