WOODBURY, NY–(Marketwired – May 2, 2017) – Research Frontiers (NASDAQ: REFR) and Hanamac International Ltd. announced today that Hanamac has acquired a license from Research Frontiers Inc. to produce and sell SPD-SmartGlass automotive windows for the South Korean aftermarket. The non-exclusive license provides for a 10% royalty to Research Frontiers on sales of licensed SPD-SmartGlass products. The minimum annual royalties and other fees and license terms were not disclosed.

Min Choi, President of Hanamac, noted: “We evaluated numerous technologies to bring the best-in-class smart window to the South Korean automotive market. SPD-SmartGlass had the best performance, and the best demonstrated reliability, in the automotive market. It allows the instant switching of tint, unparalleled heat and light control, and enhanced security inside the vehicle. Working with Research Frontiers, we have developed an approach that should make it much easier and less expensive for car owners to upgrade cars with this remarkable glass in the aftermarket.”

Joseph M. Harary, President and CEO of Research Frontiers, noted: “Hanamac has a long history of introducing new and innovative technology-based products to the South Korean market. We worked closely with their team as part of their initial market and product development efforts, and were particularly impressed with the solutions they developed to make it easier for the consumer to upgrade their vehicles with high-quality SPD-SmartGlass windows across a growing installation and distribution network in South Korea.”

The SPD-SmartGlass technology being used by Hanamac is the same best-selling smart window technology that can be found on various car models from Daimler. The MAGIC SKY CONTROL feature, which is now in use on tens of thousands of Mercedes-Benz SLs, SLKs, Maybach and S-Class models around the world, uses patented SPD-SmartGlass technology developed by Research Frontiers to turn the roof transparent by electrically aligning tiny particles in a thin film within the glass. With the touch of a button, drivers and passengers can instantly change the tint of their roof to help keep out harsh sunlight and heat, and create an open-air feeling even when the sunroof is closed. Glass or plastic using Research Frontiers’ patented SPD-SmartGlass technology effectively blocks UV and infrared rays in both clear and darkly tinted modes, helping keep the cabin cooler, and protecting passengers and interiors while also enhancing security inside the vehicle. These benefits become even more important when a car uses large surface areas of glass, especially in warm climates.

Some of the other benefits of SPD-SmartGlass include significant heat reduction inside the vehicle (by up to 18ºF/10ºC), UV protection, glare control, reduced noise and reduced fuel consumption. Independent calculations also show that use of SPD-SmartGlass can reduce CO2 emissions by four grams per kilometer, and increase the driving range of electric vehicles by approximately 5.5 percent.

Hanamac International has introduced and marketed innovative and technology-based product to the architectural, defense, aerospace and power generation industries in Korea for over 30 years.

Research Frontiers is the developer of SPD-Smart light-control technology, the world’s best-selling smart window technology, which allows users to instantly, precisely and uniformly control the shading of glass or plastic, either manually or automatically. Research Frontiers has built an infrastructure of over 40 licensed companies that collectively are capable of serving the growing global demand for smart glass products in automobiles, homes, buildings, museums, aircraft and boats. For more information, please visit our website at www.SmartGlass.com. 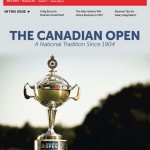