An up-and-coming Toronto researcher is being recognized for his outstanding efforts to combat viral outbreaks, such as the current Zika virus, by pioneering a new field of research that applies protein engineering to fight infectious disease.

Wei Zhang, a 34-year-old postdoctoral fellow studying at the University of Toronto’s Donnelly Centre for Cellular and Biomolecular Research, has successfully developed a patent-pending platform capable of fighting Middle East Respiratory Syndrome (MERS) and Crimean-Congo Hemorrhagic Fever (Congo Fever) at a molecular level. His work is significant because it has the potential to be applied to many other viruses such as SARS, Zika and Ebola, as well as to prevent viral damage to food crops and animals.

Zhang’s novel approach has earned him a prestigious award that was presented at the National Gallery of Canada in Ottawa. The award — called the Mitacs Award for Outstanding Innovation –Postdoctoral — was given to Zhang by Mitacs, a national, not-for-profit organization that partners companies, government and academia to promote Canadian research and training.

“Every year we are seeing more and more virus attacks that seem to come out of nowhere,” said Zhang. “A lot of work has been concentrated on developing vaccines, but they only protect people who are healthy. What’s lacking is a clinical drug capable of treating the virus itself and that’s where my research is proving effective.”

Working under the academic supervision of University of Toronto professors Sachdev Sidhu and Jason Moffat, with industry support of his fellowship provided by Mitacs and the Centre for the Commercialization of Antibodies and Biologics, Zhang demonstrated that it’s possible to create — or engineer — an entirely new molecule capable of interfering with disease-causing microorganisms and stop their spread in humans, plants and animals. His initial findings are focused on MERS and Congo Fever, which have a mortality rate as high as 40%, and are crucial to the launch of a new Toronto-based company called Ubiquitech which is now working to commercialize his work so it can be used in a clinical setting.

Ubiquitech is one of 22 start-up companies to occupy space in Canada’s first JLABS facility, a 40,000-square-foot life sciences incubator run by Johnson & Johnson Innovation LLC. One of the major goals, says Zhang, is to develop anti-viral agents for both MERS and Congo Fever, two major pathogenic viruses for which there are currently no therapies available. The next step is to develop a delivery mechanism for the new molecular therapy, and clinical trials are expected to start once the approach is finalized.

The Mitacs Award for Outstanding Innovation – Postdoctoral is presented to a postdoctoral fellow who has made a significant achievement in research and development innovation while participating in a Mitacs-funded program. Zhang is one of six award winners nationally, chosen from thousands of researchers who take part in Mitacs programs each year. The remaining five recipients were recognized for outstanding innovation, commercialization or exceptional leadership.

Lu Deng, University of Alberta, who received the Mitacs & NRC-IRAP Award for Commercialization for successfully developing a low-cost urine test to effectively screen for polyps, the precursor to colon cancer.

Masarah-Cynthia Paquet-Clouston, Université de Montréal, who received the award for Outstanding Innovation – Master’s for creating a new methodology that tracks the purchasing of “likes” and “friends” on social media.

Yaxi Hu, University of British Columbia, who receive the award for Outstanding Innovation – PhD for successfully creating a rapid and accurate method for detecting food contaminants, including banned food dyes and harmful biotoxins.

Professor Bertrand Jodoin, an 18-year professor in the faculty of Engineering’s Mechanical Engineering Department, was presented with the award for Exceptional Leadership–Professor.

“Each of our award recipients, as well as the thousands of additional Mitacs researchers in our network, exemplifies the strong leadership and collaborative qualities that are essential to delivering leading-edge research in Canada,” said Alejandro Adem, Mitacs CEO and Scientific Director in congratulating the award winners. “Their ongoing contributions are nothing short of remarkable. Every year they continue to astound us with their groundbreaking advancements that help put Canada on the map as a recognized leader in research and innovation.” 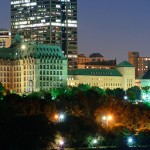 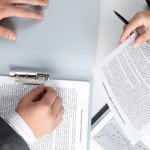 A Well-Written And Organized Business Plan Is Imperative