Canada’s small businesses were quite a bit more upbeat in February, according to Business Barometer, a monthly index put out by the Canadian Federation of Independent Business (CFIB). The index rose 2.7 points to 62.9 —its best reading since January 2015.

“The destabilizing effects of the oil price crunch on business confidence now appear mostly behind us,” said Ted Mallett, Chief Economist at CFIB. “This new, more optimistic outlook in the resource sector is reflecting a more balanced effect across the country, though this has yet to translate into a higher expectation of new full time positions becoming available in the coming months.”

The improving perspectives in previously hard-hit Alberta (49.8) and Saskatchewan (57.7) has helped boost the index and is closing the confidence gap that opened up with the rest of the country when oil prices were depressed, although the numbers are still not quite back to normal mid-cycle levels.

Businesses are most upbeat in Manitoba and Quebec, with index levels at 66.9 and 66.6 respectively. However, optimism in the Maritimes, Ontario and BC is nearly as high–which suggests overall robustness returning to the economy. Businesses in Newfoundland & Labrador, however, remain pessimistic.

The industry picture also supports a page-turning on business prospects, with optimism rising in 11 of 13 sector groups. As mentioned, resources sector owners are now the most upbeat with an index reading of 69.2, but this is followed rather close behind by those in the information (67.9) and wholesale (67.1) industries. Healthcare, transportation and retail industries are the most sluggish, but overall sector differentials are relatively small compared to past results.

On a scale between 0 and 100, an index above 50 means owners expecting their business’ performance to be stronger in the next year outnumber those expecting weaker performance. One normally sees an index level of between 65 and 70 when the economy is growing at its potential.

Other business operations indicators are suggesting a state of affairs that is not quite back to normal just yet. Business investment plans, new orders and accounts receivables conditions remain a little below par. Hiring plans are recovering from a late-2016 bout of pessimism, with 18% of business owners expecting to hire full-time staff in the next few months, versus 12% expecting to cut back.

“While these numbers are positive, we normally see better hiring plans laid out at this time of year,” explained Mallett. “More time is required to ensure that improving prospects actually take root for individual employers. For that reason, employment trends typically lag that of the economy in general.” 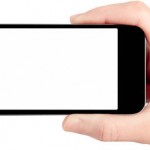 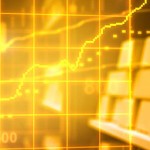 Is Gold an Economic Accelerator?