Result of the External Audit Tender

AstraZeneca PLC (the Company) today announced a proposal to appoint
PricewaterhouseCoopers LLP (PwC) as its external auditor for the financial year
ending 31 December 2017.

A resolution to approve the appointment of PwC will be put to shareholders at
the Company’s AGM in 2017.

A resolution to re-appoint the Company’s current auditor, KPMG LLP, for the
financial year ending 31 December 2016 will be put to shareholders at the
Company’s AGM in 2016.

KPMG has been the auditor of the AstraZeneca Group since the merger of Astra and
Zeneca in 1999 and the Board would like to thank KPMG for its years of service
to the Company. 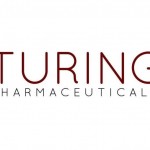