One of the first things I ask business owners when I meet them for the first time whether it is at a meeting, a mutual introduction or at a networking event is “Do you have a referral and reward program?” It is one of the seven vital areas I teach business owners to help them have a steady stream of business.

IT CONCERNS ME that so very few have any type of system, except for the odd owner who says they don’t have anything set up but randomly they show their appreciation. The reason for my concern is because these businesses are what I call ‘leaking opportunities’ to grow their business.

At one networking event I was speaking to a mortgage broker who had been in business for a number of years. When I asked him if he had a referral and reward program he said that he did, he provided a cheque for $150 for every referral that closed with a signed mortgage.

I then asked him if he did anything different for anyone that referred several clients to him and he said that there was one man who had referred a number of clients over several years. He was thinking of sending a cheque for $350 the next time as a special thank you for the number of referrals.

I told him that this seemed like it would be a nice unexpected surprise for the gentleman. Then I asked him if I could suggest something different, and he was intrigued to find out more. I asked him what he knew about this man, and he confirmed that he didn’t really know anything about him. This was a red flag for me because if someone is consistently referring so much business to you then you should know more about that individual; things like their favourite food, drink, sports team, magazines, family etc.

A young girl then what he could do was to rent a limousine and inside the vehicle would be a small box for the girl, which would contain a tiara and a feather boa in her favourite colour, which he would find out from the assistant. Next they would go to the Royal York Hotel where the hotel offers tea parties. This would be a great daddy and daughter date.

I asked him who would be his biggest fan as a result of this day and he declared that of course the dad would. I suggested to him that it would actually be the daughter, and that she would bring this up with her dad from time to time because of the great day they shared.

Then I created another scenario of a teenage son and suggested that with the $350 he would rent a really cool car for them to enjoy then find a place that offers something like go-carting. Then he would research the best place nearby that location that serves great wings and would have pre-paid the meal for the father and son.

Again I asked him who would be his biggest fan and this time he said the son. He finally understood that instead of providing another cheque to this man that he could instead use it to create an amazing experience for the gentleman and his child.

In the future, instead of offering an introduction to this mortgage broker whenever someone would ask the man for a recommendation, instead of being reactive he would be proactive in searching out people that were looking for this type of referral. And all it would take is a different way to reward someone for any referrals. The mortgage broker wouldn’t have to do this each time, but something random like this would forever mean something to the referrer.

You might be reading this and think that you can’t or don’t want to spend that much on rewarding someone for a referral. That’s fine; you don’t have to. However, it is in your interest to have some sort of system if you want to lessen the need to chase after business and instead have a system to attract business to you.

One of my clients who is in a profession that does not allow him to spend much money on referrals approached a high end car dealership to see if they could partner in a way that he could reward those that had referred him business with an experience to test drive some expensive cars they might not normally do. For the car dealership they had potential buyers driving their cars so this was advantageous for all parties.

Another client with the same type of expense limitations asked me for advice. I found out that most of the people that referred her business were women, so I suggested she approach a store like Sephora (selling makeup type products) to see if they were willing to have a section of their store set up for free makeovers for her guests. This was a great way for her to show her appreciation to those women who referred business, a win for the store to gain potential new customers and maybe even some sales that night. For the guests it would be a fun evening for them to enjoy themselves.

By the time you read this article we will have just celebrated the holiday season. For many businesses they make sure to send a card and/or a gift to their clients and referral partners during this time. An important consideration is how can you show your appreciation throughout the year, and not wait until the holiday season. How can you stand apart from other businesses that only use the holidays for this type of activity?

Sharon Worsley, The Business Development Ninja™ is the creator of the R7 System™ to Flood Your Business With Clients Today, Tomorrow and Beyond, helping businesses to ‘Wake Up, Shake Up, and Show Up’. She also consults and coaches peak performers to excel as leaders. To learn more, contact Sharon at info@sharonworsley.com. 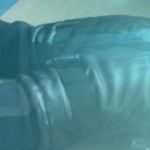 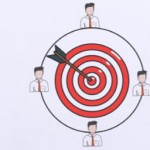 How to Write Blog Posts That Get Read And Shared