Ride the “I-10” Economic Superhighway

People are always looking for ways to predict our economic future. They have developed a wide range of very complex “leading economic indicators” and talk about things like “the inverted yield curve” or the 2/10 index. But perhaps there is an economic indicator that is more visual, instantaneous and independent. Perhaps we should consider the “I-10” indicator.

I recently had a opportunity to interview Mike Verge, author of the newly published book,‘Global Deflation, and the Next Great American Decade to Come. (check it out on Amazon ). He says that the most common discussions of economic prediction typically starts with the inverted yield curve which compares the three-month, two-year, five-year and 30-year U.S. Treasury debt. When the short term end of the curve is higher that the long term end this “unusual” curve is therefore considered inverted and typically predicts a recession. Although this concept has concept has many good attributes, it is not dynamic enough. So people moved to faster indicators like the 2/10 indicator which compares the yield on the two year U.S treasury bill against the yield on ten year U.S treasury bill. But even he says that this tool may not be good enough.

The long end of this 2/10 indicator, the 10-year yield, is a good measure because it is quite dynamic and truly reflects the time horizon of most business decisions. However, the short end is highly affected by politics or the Fed and is therefore sensitive to human discretion.

Perhaps a better way to predict our economic future might be to measure the current rate of core inflation (I) against the yield on the 10-year U.S. Treasury bill. Although still very informative, it would be a mathematical tool less susceptible to human intervention. This tool could be called the “I-10” indicator.

Verge feels that the “I-10” could be a much more sensitive and useful than other tools. For example, the U.S. rate of core inflation has hovered around 2% for the past three years, while the yield on the 10-year treasury has fluctuated considerably. In January 2014 the ten year yield was around 3%. This could have been considered a constraining indicator by about 1%. However, by July 2016 the ten year yield had dropped to 1.46%. This would have been an accommodative indicator by about .54%. With this new tool you see a completely different picture than you would have seen just looking at the short term indications from the Fed.

In the past three years, where the Fed has only moved short term rates up one half of one percent (not very helpful information). In that same time period, the ten year yield has moved down 1.54% and then back up .8% (very helpful information). And, if you assume six-to-nine month lag with the I-10, the move down to 1.54% could have been an early predictor of the stock market uptick and sense of investor optimism that developed in the fall of 2016 and early 2017.

Of course predictive models are only useful if they predict with accuracy, so Verge is always looking to the future. In December of 2016 the 10-year yield peaked at 2.6% and has recently dropped to 2.4%. Assuming that inflation remains at around 2% this would indicate a mildly constraining situation. This could mean that we should look for economic activity to slow in the second half of 2017 after a positive first half. However, if inflation turns up during the year, without a response from the 10-year yield, the I-10 will turn positive, and that could quickly turn conditions very accommodative. This is something individual investors can track early and often, without waiting for the Fed. This also means that to accurately predict your economic future, keep must keep your eye on the I-10 and be on the lookout for any change in direction.

In his book, Verge develops a number of new and innovative economic concepts, but the I-10 indicator is one of my favorites. It should be considered better than other indicators because it is dynamic, intuitive, and free from political intervention. It is only a coincidence that this indicator has the same nomenclature as the United States Interstate highway system, but there is, however, an obvious linkage. Both systems are very intuitive, directional, measured and free from human intervention. So, when someone asks Verge for economic guidance typically says, “Follow the I-10 as long as possible, and get off at exit zero”. 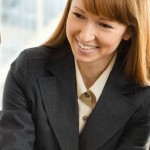 The Engaged Workforce: Why it’s not just HR’s Concern