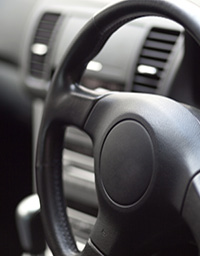 To say RightDrive Inc. is driving the right way may be an understatement.

There are many attractive benefits of buying an exotic or specialized vehicle from RightDrive Inc. “Be it a nostalgic purchase, small utility, luxury sedan or high end sports car—if the vehicle exists, our team will find it,” the company’s website states.

The right way of the car business

Beginning in 2007, RightDrive Inc. has seen impressive double digit growth every year since its inception. Over that time, the company’s target market has grown and developed as well, beginning with sports car enthusiasts to the current target focusing on delivery companies.

“We saw very much that delivery companies liked exiting the vehicle on the sidewalk, rather than the road…it’s just convenient and handy,” said Michael Kent, President of RightDrive Inc. “As an example, Canada Post workers would benefit from this [with mail boxes on the right hand side], so our business changed in that respect.”

Today, the No. 1 target group of RightDrive Inc. remains rural and suburban mail carriers. Kent added, “People who deliver mail sit on the right side, so a diesel SUV or car that is on the right side is perfect for this. Our secondary target is sports car enthusiasts…people who like to collect something eclectic, something that is extremely rare.”

Thirdly, the company looks toward small businesses to expand its reach. “Small businesses look for unique, niche vehicles to bring attention and functionality to their business,” Kent said. “For landscapers, these [vehicles] are fantastic…they just love them!”

When RightDrive Inc. began, it was entirely a sales-based business, as an ordering facility, with two or three vehicles in stock. Today, it has expanded to have 35 vehicles on site, in addition to offering service that matches the high quality products that the company sells, with parts to match.

“With the parts and service business, we are essentially an all-in-one dealership, so we’re trying to bring some of the new car elements—buying a new car at a dealership—to the specialty car marketplace,” Kent said. “We have a showroom present so that the experience is similar to buying a new car.”

The goal for RightDrive Inc. is to further its business expansion across North America. As for expansion into the lucrative American market, that’s a little more tricky.

“The rules for importing vehicles into the United States are different than Canada. For the U.S., vehicles have to be 25 years old,” Kent said. “In about three-and-a-half years’ time, we’ll be allowed to bring in 1989 models, and that’s when there was a big change in the type of vehicle that was offered [in Japan].

“There was a lot more experimentation; a lot more unique vehicles were in demand. We’re looking toward North American expansion, hopefully in the next three to five years, particularly offering a United States location, which would be fantastic.”

For Canadian imports, whether the vehicle is imported from Japan, Italy, England, or elsewhere, the vehicle must be at least 15 years old. “The vehicles must be in tip top conditions and, in some cases, the vehicles have less than 10 kilometres [of mileage],” Kent beamed.

Also unique to RightDrive Inc. is that the company hires Japanese staff to work on its Japanese imported vehicles. “Our staff is fantastic because they have been trained to work on a Japanese domestic product. In Japan, safety standards are a lot more in depth than what we have [in Canada]. Cars are kept to a very high standard. Japan has versions of cars that were not available in North America, like the Skyline GTR. In Japan, they have been selling these cars since the late 1970s.”

Steady growth during the recession

RightDrive Inc. escaped the recent economic downturn relatively unscathed, but did acknowledge that insurance companies continue to represent the biggest hurdle for the company. Its vehicle considered specialized, it can often be difficult for customers of RightDrive Inc. to find reliable coverage for his or her new ride. Nevertheless, RightDrive Inc. has seen favourable trends in its marketplace.

“We are the opposite of the new car buying range. What comes with lower volume is a higher profit, so that is how we’ve geared ourselves in terms of vehicle sales. What we have found is that when there are incentives for the end user to buy new, our sales tend to drop, because there are people who would rather put their money into a brand new product.

“The group we have put together understands car products and car needs, very succinctly, so we know exactly what people are looking for in terms of their vehicle. We’re car nuts first, and the car business is second.”