Rigorous Journalism Can Save Us from Fake News

“Journalists are like firefighters: you may not need them every day, but you want to know they’re there to protect you.” Veteran journalist, Edward Greenspon used this analogy at a recent Senate Open Caucus meeting held to discuss threats to traditional journalism in Canada.

Media panelists and Senators from across the country debated the central question: Should governments support rigorous independent journalism, beyond public broadcasting, in the face of its economic decline?

Traditional media revenues are in freefall, as subscriber fees dwindle, paywalls prove inadequate and ad revenues migrate to Google and Facebook. Gaps in coverage are growing in critical areas like local journalism (costly) and courtroom coverage (time-consuming). Indigenous communities are the hardest hit, with the least available funding sources and the toughest road to train reporters.

“While the Aboriginal People’s Television Network fills the need for trusted community programming, the mainstream media misses the complexity and only reports on the crises,” said APTN Executive Director of News and Current Affairs Karyn Pugliese.

Most Canadians agree that a trusted media and an informed public are key to democracy. But how far are we willing to go to protect traditional journalism? The recent federal budget has set aside $50 million for local independent journalism. Most participants felt this is a welcome first step. But is it enough?

While Canadians need – and want – accurate news to make informed decisions, “the Internet is full of material that intentionally blurs the lines between news, propaganda, research and advertising,” said Matthew Johnson, Director of Education for MediaSmarts, non-profit digital and media literacy centre. “And young people are ill-prepared to recognize it.”

Fortunately, said Johnson, Canadians rank among the highest in the world when it comes to trust of traditional news outlets. So how can government navigate this changing landscape to create the conditions for vigorous, ethical journalism and open, informed debate?

Most experts agreed that a medley of action is needed, both for funding the supply of – and improving the demand for – trusted news.

But is Canada ready to catch up with European countries in its public support for media? It’s a long way to go from our $29 per person per year to France’s $73, or Norway’s $180.

While strengthening our public broadcaster could only help, what about private media outlets? Are any of them “too big to fail” like some players in the financial or automotive industry?

“Governments only save organizations with strong business plans to thrive beyond bailout,” said Greenspon, now President and CEO of Public Policy Forum and author of The Shattered Mirror. “How many media companies can demonstrate that?”

Alternate funding for media raises the age-old questions of freedom of expression and the corporate or political agenda of funders. “We just need the right policies to keep these funding relationships at arm’s length from editorial,” said Pascale St-Onge, President of Quebec’s Fédération nationale des communications.

Other ideas for arm’s-length support included more tax credits on media payrolls, as well as levies on web giants for distributing Canadian content.

As outlined in the budget, exploring new models that enable private giving and philanthropic support could help bolster non-profit journalism and local news. National agencies like the Canadian Press could collaborate with local and Indigenous news organizations to ensure trusted, professional journalistic standards are being practiced.

While strengthening independent media, we must also catalyze demand for it, said MediaSmarts’ Matthew Johnson. “Truth-seeking creates demand for truth.”

Education will help people, especially young people, with how to spot fake news, authenticate sources, identify emotionally charged communication and read through bias. Media literacy can inform people how an algorithm may influence what news – or advertisements – they see, and what they do not.

But perhaps most important, media literacy helps us exercise our right as citizens and consumers to demand more from the media landscape.

Over the coming years, Canadians will be challenged to find the best way forward. We hope to see a strategy that touches both the supply and demand for a trusted, independent and rigorous news media, for democracy’s sake.

As recommended in The Shattered Mirror, one path to explore could be creating a Future of Journalism and Democracy Fund. This fund would provide financing for digital news innovation, especially in its early stages, and be directed at those operators who produce civic-function journalism at the national, regional and local levels. To further promote independence, the fund would be at arm’s length from government. This model may prove to be the best path forward, provided it is able to strike a balance between providing financial support and upholding the principles of free press and journalistic independence.

Senator Raymonde Saint-Germain is deputy facilitator of the Independent Senators Group. She was appointed to the Senate in 2016, after two terms as the Québec ombudsman and a distinguished career in the public administration.

Senator Art Eggleton is a member of the Canadian Senate from Toronto. He serves as chair of the Standing Committee on Social Affairs, Science and Technology. 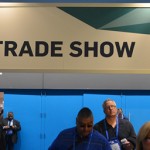 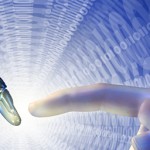 Harnessing the Power of AI in the Toronto-Waterloo Corridor