Rogers was the first to bring 5G services to Atlantic Canada, reaching 12 communities across the region

The results confirm that Rogers customers have access to the best wireless network experience in the two Atlantic provinces at a time when connectivity is more important than ever. With the Rogers mobile network, customers enjoy the best performance while they stay connected to the things that matter to them, whether it’s accessing vital services, keeping in touch with loved ones, taking work calls on the go, or streaming the latest movies. For businesses of all sizes, reliable mobile connectivity plays a vital role as many Atlantic Canadians continue to work remotely.

“Being the wireless network that Atlantic Canadians rely on to stay connected is a role we take very seriously, and there was no greater reminder of that than this past year,” said Matt MacLellan, President of Atlantic Region, Rogers Communications. “We are proud to be recognized for our investment in the region by globally renowned network benchmarker umlaut, and we remain focused on enhancing and expanding our networks to bring more reliable, next-generation wireless services to Atlantic Canadians.”

Rogers is focused on partnering and providing reliable connectivity to support Atlantic residents and businesses across the region.

“At Acadian Seaplants our staff, consultants, and executives, have relied on Rogers for our corporate mobility needs for more than five years, with locations across Nova Scotia and New Brunswick,” said Adam Leszczak, Senior Manager, Global IT Infrastructure & Vendor Management, Acadian Seaplants Limited. “The Rogers network has always been there for us both locally, as well as during significant travel events for our company and we know our teams can count on strong, reliable connections.”

Rogers recently announced the expansion of its 5G network in the Atlantic region, now reaching residents and businesses in Saint John, Halifax, Moncton and Fredericton. Rogers is Atlantic Canada’s first 5G network, with service now lit up in 12 communities across the region. 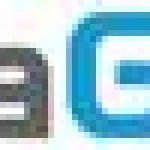 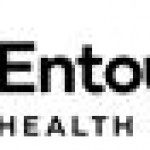