VANCOUVER, British Columbia, May 03, 2021 (GLOBE NEWSWIRE) — Today, Rogers announced that it is expanding its 5G wireless network in B.C., in partnership with the B.C. Government, to provide reliable connectivity along Highways 95 and 97 for the British Columbians, workers, and travellers that rely on these critical corridors, connecting communities in Okanagan, Vernon-Kamloops-Cache Creek, and the Cariboo regions, as well as southeastern British Columbia.

The ability to make a call from a highway if your car breaks down or to use GPS for directions is incredibly important. These initiatives are part of Rogers’ ongoing commitment to expand service and improve connectivity for underserved rural, remote and Indigenous communities in the West, and across Canada.

“Rogers is proud to continue investing in British Columbia on these highway connectivity projects to build critically needed 5G networks to bridge the digital divide, in partnership with the B.C. Government,” said Dean Prevost, President, Connected Home and Rogers for Business. “Connecting Canadians, including rural, remote, and Indigenous communities is a top priority for Rogers, and through this partnership, we are providing improved safety and reliable connectivity for those who depend on Highways 95 and 97, while creating new jobs and supporting B.C.’s economy.”

Rogers will provide more than 90kms of new coverage, from Golden to Spillimacheen along Highway 95, and from Pine Pass to Chetwynd along Highway 97. These expansions are made possible by leveraging financial support from the provincially funded Connecting British Columbia program, administered by Northern Development Initiative Trust. Together, Rogers and the B.C. government are bridging the digital divide to enhance safety, and connectivity in the region.

Rogers continues to make network and innovation investments throughout British Columbia, including recent expansion announcements for Highway 16 and Highway 14, new network sites in West Kelowna and Osoyoos, and upgraded towers across Okanagan, Cariboo, Central and Northern B.C., and on Vancouver Island. Rogers also recently announced a collaboration with the Métis Nation British Columbia, and a new innovative solution in collaboration with Indro Robotics, a B.C. drone company. In 2020, Rogers collaborated with the Cowichan Valley school board to put iPads in the hands of B.C. students and families during the COVID-19 pandemic, in addition to partnering with other Indigenous communities in B.C., such as Nisg̱a’a Nation, and Witsuwit’en Village (Witset First Nation).

Rogers has also provided critical support and an essential digital lifeline for many vulnerable British Columbians during the COVID-19 pandemic, by providing devices with free voice and data to local organizations like the Okanagan Nation Transition Emergency House, the Penticton Pflag chapter, and most recently, donating thousands of phones and plans to 325 women’s shelters and transition houses in communities across Canada.

Rogers is excited about its future plans in Western Canada, and the proposed agreement to combine Rogers and Shaw, which will enable a $6.5 billion investment to build critically needed 5G networks, connect underserved rural and Indigenous communities, and bring added choice to customers and businesses. When the transaction between Rogers and Shaw is complete, it will create up to 3,000 net new jobs in the West, including more than 1,000 in British Columbia.

About Rogers
Rogers is a proud Canadian company dedicated to making more possible for Canadians each and every day. Our founder, Ted Rogers, purchased his first radio station, CHFI, in 1960. We have grown to become a leading technology and media company that strives to provide the very best in wireless, residential, and media to Canadians and Canadian businesses. Our shares are publicly traded on the Toronto Stock Exchange (TSX: RCI.A and RCI.B) and on the New York Stock Exchange (NYSE: RCI). If you want to find out more about us, visit about.rogers.com 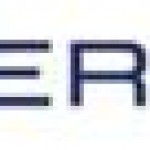 Emergia Inc. Announces Closing of the Acquisition of a Land for Development in Alliston, Ontario 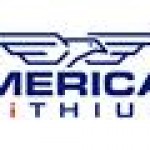