CBJ — For Rogers Communications, it seemed like a good scoop by beating Bell for the entire package of Canadian NHL hockey rights two years ago, in a deal brokered by former boss Keith Pelley and NHL Commissioner Gary Bettman.  But at $5.2 billion, it quickly became apparent Rogers overpaid — big time.  That mistake was intensified during the recently completed Stanley Cup playoffs, which had no Canadian-based NHL teams involved, leading to far lower than anticipated television ratings.

The dawn of a new era for Hockey Night In Canada had been introduced with more games and more on-air personalities than most people could count.  In order to move to a more high-tech look on the show, it was decided Ron MacLean would be pushed aside for a younger, hipper — albeit far less knowledgeable — George Stroumboulopoulos.  Just one problem.  Hard core audiences never warmed up to George S. or many of his new over-the-top cohorts. And the amount of criticism of George’s way too-tight hipster suits was a never-ending barrage on social media.

After just two years of a 10-year contract it is evident Rogers vastly overestimated fans’ and sponsors’ interest in watching non-stop televised hockey and many of the incessant yapfest programs associated with it. Rogers has announced a number of firings, on top of Stroumboulopoulos, which was made public last week.  Although it was leaked last week that he’d be returning, MacLean is now officially back as host.

Other on-air personalities who’ve been fired include Glenn Healy, P.J. Stock, Billy Jaffe, Chantal Desjardins, Corey Hirsch and Leah Hextall.  Damien Cox was also canned as a panelist on HNIC, but he’s been given a radio job as Bob McCown’s co-host on Toronto station Sportsnet The Fan 590’s Prime Time Sports. A number of behind the scenes employees, including several producers, were also fired. However, given the number of job classifications on the hockey broadcasts, from full-time Rogers staff to employees on loan from the CBC to freelancers and contract workers, it is difficult to confirm exactly how many people were affected.

Elliotte Friedman, Kelly Hrudey and Nick Kypreos survived the bloodletting. Friedman will also be a regular on the Wednesday night panels with Doug MacLean, and Darren Millard stays as the host. Panelist John Shannon also survived.

Healy’s departure means that HNIC will use two-person broadcast crews next season – Jim Hughson, on the No. 1 crew, will remain in the upstairs booth, while Craig Simpson will likely provide analysis from Healy’s old spot between the players’ benches. 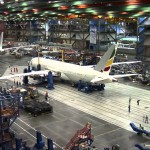