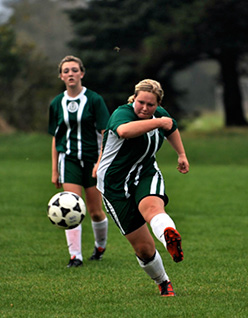 New Brunswick’s Rothesay Netherwood School is more than a school—it’s a lifestyle.

That was the message parlayed by Paul Kitchen, Head of School, when speaking with The Canadian Business Journal earlier this month. Based in Rothesay, N.B., Rothesay Netherwood School accentuates not only academic excellence to its student body, but teaches these same students to develop as better individuals as a whole.

An Atlantic Canadian boarding, university preparatory school, Rothesay Netherwood School began in 1877 as a co-ed school. Over time, the school shifted to its present-day campus in 1891, rebranding as an all boys’ school. Years later, Rothesay Netherwood School would no longer operate as a single-gender school, but rather it would merge with a nearby all girls’ school, beginning the co-gender education campus that still exists today. In 2011, enrollment numbers have pushed to more than 250 students, with just more than half of that number being boarding students.

Its 200-acre campus is utilized by both staff and students for both educational and recreational purposes. At Rothesay Netherwood School, the passion of teaching is even more so apparent among the school’s cultural diversity. According to the Rothesay Netherwood’s website, the diversity of cultures represented at the school creates a sense of understanding for each student of his or her place in the global community.

“Rothesay Netherwood School is a vibrant and dynamic community. We encourage our students, faculty, and parents to involve themselves in all aspects of school life. Our school community becomes stronger through our interaction and contributions, and we all benefit as the school continues to improve,” reads the website.

“Mutual support and dignity is a crucial issue, so we’ve focused on that with a consistent philosophy over 25 years,” Kitchen stated.

“This isn’t a job you drive into. Any human being who chooses to live with 250 teenagers is probably nuts,” Kitchen joked, “but we’re all committed to that same sense of wellbeing and helping the students in our school to grow.”

“We are a school that works very hard. Every student is involved in the international baccalaureate program, which creates an extraordinary academic commitment,” Kitchen summarized. “There is a huge commitment from everyone involved to make it all work.”

“I think it’s healthy and it contributes to what our students see as the world, having someone from Germany, or Korea, or China as your neighbour is a pretty healthy and positive thing. We’re fortunate to have this flavour, but it doesn’t dominate our Atlantic Canadian atmosphere,” Kitchen said. “We hope we are very much exclusive of everyone, embracing the community.”

Understandably the golden rule at Rothesay Netherwood School is that each and every student must treat his or her peers with dignity and respect.

The second golden rule is that students must perform their best, with all effort, at whatever they do.

“If you’re not willing to work hard and do the best you can at math or chemistry or singing in the choir, then again, you can’t be part of this school.”

According to Kitchen, Rothesay Netherwood School defines excellence as a student who makes the most of his or her ability.

“My classic thing to parents is that if you’re an 85 per cent student in math, and you get 75 per cent, then that’s a failure to me. But if you’re a 65 per cent student, and you get 70 per cent, that’s excellence; that is the very definition. That’s the way we operate. All the awards at are school are designed through effort, never through academic marks. These are the cornerstone values we operate with on a day-to-day basis.”

“A successful boarding school has to continually revamp its programs to be relevant for the students of today and that is one of the remarkable things about Rothesay Netherwood School,” Kitchen said. “We hope people can attend Rothesay and get that opportunity to grow. We hope the school is here for another 135 years to serve Atlantic Canadians and teach those young people the values. Our plan is to keep the school in this mode of continuous improvement.”