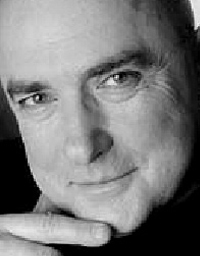 Rewind to March 22. Federal Minister of Finance Jim Flaherty introduces the latest and what turned out to be final Conservative minority government budget.

A reasonable document opposition parties should embrace suggested the Prime Minister. The House having by then long abandoned any pretence of cooperative governance rocked to virtual declaration of political war.

Three days later, the government fell on a non-confidence motion delivered by official opposition and Liberal leader Michael Ignatieff. A parliamentary committee had just recently declared the government in contempt over its failure to in a detailed manner provide costing of major anti-crime legislation.

For the fourth time in seven years, Canadians were asked to elect a federal government and voters were expressing their clear irritation on air.

As much as the opposition tried to milk the “government in contempt of parliament” committee vote, and as enthusiastically as media opposed to the Conservatives joined the chorus, the issue became at best a sidebar. The committee which had found the Conservatives in contempt was dominated by opposition MPs numerically and an election was in the air. The contempt finding was predictable and therefore quickly mostly ignored.

The federal budget though? The Conservatives made it very clear that if re-elected whether by majority or yet again minority, the March 22 document would be reintroduced virtually intact following the May 2 national vote.

Something to latch on to for the opposition, something to defend for the government.

The March budget had included a $30 billion deficit for 2011-12 and suggesting fiscal balancing of federal spending would be accomplished over five years by 2015-16.

How would the Conservatives accomplish this? Flaherty projected a 5.6 per cent average growth of revenue over the five-year period. Simultaneously, spending on federal programs would be limited to an average annual 1.6 per cent rate of increase.

Sensible objective certainly. However, noteworthy is the Conservative government had been increasing its annual spending at over five per cent preceding the recessionary fiscal bailouts or stimulus efforts, huge as they were.

During the election, the Conservatives moved their balanced budget prediction ahead to 2014-15. A Strategic and Operating Review of program spending would account for efficiencies and billions in savings.

Which government hasn’t committed to strategically reviewing its operational spending and delivering meaningful savings from same? Such promise lends a fatherly air of caring and responsible behaviour designed to appeal to fiscally stretched Canadian families who also happen to be voters.

What occurred during the campaign was in hindsight perhaps predictable. The March 22 budget was hardly viewed publicly as yet another piece of any Conservative hidden agenda. In fact, it may well have been interpreted as a conciliatory document designed to avoid a despised federal election. At least that was a view expressed by many listeners and callers to my broadcasts.

Stephen Harper was seen as the steady hand guiding a national economy performing better than its developed nation counterparts and most certainly that of the United States. Score one for Harper.

The Liberals fiscal plan called for an increase in the corporate tax rate from 16.5 per cent to 18 per cent and was immediately assessed as an initiative which would chase big business out of Canada at the tail end of a recession and accomplish little other than act as a job destroyer. A Montreal Economic Institute report had concluded for each dollar raised in corporate taxes the long-term result was a one dollar drop in salaries.

Not satisfied, Ignatieff committed Canada to Cap and Trade legislation which sounded far too much like Stéphane Dion, Green Shift and carbon tax to voters.

Talk about self-inflicted gum-shot wounds!  Score another for Harper.

New Democrats promised to raise corporate taxes even higher than Liberals, to 2008 levels of 19.5 per cent, while simultaneously reducing the small business tax rate from 11 per cent to nine per cent. Few were paying much attention it seemed, except perhaps in Quebec where New Democrats roared up the inside track, destroyed the Bloc Quebecois and assumed the mantle of official federal opposition. NDP fiscal policies routinely though have been judged by the national electorate as unsupportable.

On the night of May 2, the March 22 federal budget began to breathe again and became the template for the eventual June document charting Canada’s fiscal future, at least for the life of this parliament.

The 2014-15 target for federal deficit elimination was confirmed in the new budget. This even though $2.2 billion is to be delivered to Quebec as compensation for harmonizing its provincial sales tax with the GST (in 1992), driving the 2011-12 deficit upward.

In Jim Flaherty’s view some $11 billion will be identified as savings as a result of the Strategic and Operating Review of program spending beginning 2012-13 through 2014-15. $1 billion in year one, eventually rising to $4 billion.

A contemporary example of meaningful federal government spending reduction may by the Chretien Liberals of the mid-1990s. The Fraser Institute reports that in a three-year period (1994-97), the Liberals eliminated more than $6 billion or 12 per cent in program expenditures. A balanced budget was achieved, although scars remain to this day over transfer payment cuts Ottawa imposed, routing fiscal pain to provincial governments of the day.

Welcome to a public tired of politicians dipping into the trough for their own wellbeing (can you say gold plated pension plan for MPs and Senators paying out $4.50 of public money for each $1 contributed) is an incremental reduction of taxpayer subsidies to political parties. By 2015-16 the $2.04 per-vote subsidy will be eliminated, although political donations remain eligible for considerable tax refunds.

The ecoEnergy tax credit for home renovations deemed environmentally friendly remains and tops out at $400 million and Jack Layton approves of the $600 per year increase to the Guaranteed Income Supplement for low-income seniors, although Layton will make greater funding for this demographic a key demand. With an aging and poorer boomer demo an increasingly powerful voting bloc, Layton will gain considerable leverage here.

A majority government has provided Prime Minister Harper and the Conservatives breathing room to accomplish positively on the economic front.

It will be remembered that when the Conservatives assumed power they inherited a $13.8 billion surplus. Now massive deficit numbers, some traceable directly to the global economic crisis, must be brought under control.

Cutting government spending significantly is a component of achieving this objective. A sound partnership would be to get out of the way of entrepreneurs, reduce interference and restrictions on the business community further and encourage those who know how to create profit to do so.