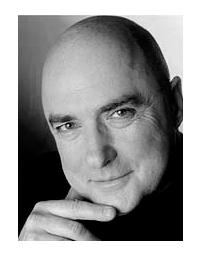 Ron Foxcroft was afraid.  The only Canadian to referee NCAA men’s Division 1 basketball and 1976 Montreal Olympic Games Gold Medal basketball game referee was on the court officiating a 1984 pre-Olympic final in Brazil, featuring the home nation against Uruguay.  Foxcroft attempted to blow his whistle to signal a foul.  Nothing.  The pea had gotten stuck.  Brazilian fans were in an uproar.

Foxcroft describes the incident this way.  “My first thought, they shoot refs in Brazil.  There were 19,000 people, no air conditioning, 90- degrees Fahrenheit, the fans were wild.  It was the defining moment of my life!”

Twenty eight years ago the doubters were many, including family.

“The greatest, thing that ever happened to me was everyone doubted me,” declares Foxcroft.  “My sports competitive drive drove me to prove they were wrong.”

Ron Foxcroft went to work on his pealess whistle.  Today, 25 years after its introduction, the FOX40 whistle, manufactured in Hamilton, Ontario, by FOX40 International, has initial naysayers admitting they were wrong.   A Canadian entrepreneur’s will, determination and ability to recognize and fill a need has become a story of true international success.

Hear a referee’s whistle in the NFL, NHL, NBA, CFL, NCAA, or international soccer and you’re hearing one of a continuing line of FOX40’s.
Foxcroft well remembers early challenges.

“My economic climate 28 years ago?  I was very poor.  I had just bought a trucking company, had $65 in the bank and drove a rented Mazda.  But then, sometimes the lack of money makes you work smarter, because you don’t have any to lose.  I couldn’t afford a big mistake and certainly not a failure.  In that sense, having no money was an advantage.”

Did Foxcroft ever doubt the pealess whistle project?  “Yes; 1986 Thanksgiving.  I’d run out of money, couldn’t get the plastic in the prototype to work.  Nothing was going right.  Friday night I quit!  During the course of the weekend I sat at home watching CFL, looking at their whistles and eventually said to myself ‘you’re not a quitter, since when do you quit’.  My mentor Kitch MacPherson said ‘Ron, I don’t hang around quitters and losers.’  That night I said I’m not a quitter and I’m not a loser.  I went to work on the holiday Monday.  There are no holidays when you own a business.”

By 1987, Foxcroft had two prototype whistles and was $150,000 in debt on the project.  At three in the morning, one day in August of that year while refereeing at the Pan Am Games, he braced himself against the wall of an officials dorm and blew a prototype FOX40 as hard as he could.  Referees surrounded Foxcroft and today he laughs at the memory, recalling “I sold my first whistles right there and over the course of the Games sat on a picnic table taking orders for 20,000 more.”

Back home in Stoney Creek a visit to Bruneau’s plant began with “Dan, you’ve created a problem.  I have 20,000 orders and we don’t have a mould.  Within 10 days Dan built a single cavity mould and we were in business.  Now we had whistle parts, but how were we going to weld them together?  I found a surgical supplies company in Oakville which had an ultra-sonic welding machine for plastic.  I explained they had to develop a titanium horn for the parts to sit in and be ultra-sonically welded.  They did it.  By November 5 (Foxcroft’s 40th birthday), we sold our first whistle from the mould process and it worked perfectly.  It was named The Classic.  Now, 25 years later, we’re announcing The Classic Eclipse whistle.  Chuck said, ‘we’ve made the best whistle in the world.  Now dedicate the rest of your life to making it better and I’m keeping that promise’.”

Self-taught in marketing, Foxcroft began convincing the world of its need for a FOX40 pealess whistle.

By February 1988, the FOX40 was being purchased in 33 nations, mostly for soccer. Meanwhile, in the U.S. the NBA was the first professional league to mandate the FOX40 for its officials, followed by the NCAA.

The first Canadian commercial sale?  “The buyer called and said I read about you in Sports Illustrated.  Your whistle must be good if it’s used by the Americans.  Give me a gross.”

Diversification of the FOX40 began in earnest.  More models, more colours, more variations and fancy packaging, with the first branching out from sports use directed to search and rescue and military applications.

Search and rescue experts globally consider the FOX40 a required piece of equipment.

The whistle was used during the 1989 San Francisco earthquake, the Indian Ocean quake and tsunami and hurricanes Wilma and Katrina.   Because the FOX40 can be heard for distances of more than a mile and through concrete, the Governor of Oklahoma sent a private jet to pick up 500 whistles to add to the 400 already being used in rescue efforts following Timothy McVey’s bombing of the Oklahoma City federal building.

Following the 9/11 terrorist attacks the FOX40 was employed in attempts to locate anyone possibly alive and trapped in rubble.  Foxcroft explains “they would blow a horn and then the whistles.  All work had to stop then.  They’d place a sound sensitive microphone into the area in attempts to hear anyone who might be trapped.”

True to its origins, sport applications of the FOX40 remain a constant work in progress.  Retired NBA referee Mike Costabile suggested a system whereby the blowing of a FOX40 would stop and restart a game clock.  Today, the Precision Time Clock system is in place in sports venues globally with game clocks tuned to the frequency of only a FOX40 whistle.

Will Ron Foxcroft ever get to the point of saying “this is it”?  “Never!

“In our 25th year we have launched three new products, including the heat alert mouth guard which indicates rising body temperature, an issue of significant health concern to athletes engaged in strenuous activity.”

Many awards and much recognition have come Ron Foxcroft’s way in the past 25 years, including being named among Canada’s Top 10 Entrepreneurs of the Decade, his appointment as Chairman of the National Association of Sports Officials (NASO), election to the Canadians Basketball Hall of Fame and being named among the 52 most influential referees of all time by Referee magazine.  His trucking firm, Fluke Transport with the slogan “If It’s On Time It’s A Fluke”, is a success story, his warehousing business similarly.

Ron Foxcroft is very quick to express pride in his FOX40 team.  Most gratifying though remains the acknowledgment of initial pealess whistle doubters.
Among them his greatest supporter and strongest advocate, Foxcroft’s wife Marie.  “Marie came to Indianapolis in person to keep an eye on me.  Now she gives clinics on spending my money,” he laughs.

Would Ron Foxcroft take on a challenge like the pealess whistle development in today’s economic climate?  “Definitely.”

The entrepreneurial spirit burns brightly and began early in Ron Foxcroft.  “I was always thinking of ways to improve life and spent $350 of hard-earned money developing an underground garbage can before I was in my teens.  I also tried to develop a better Yoyo as a child.”

How does government fit into the equation for the entrepreneur?  “Government has been a big help to me in business.  I simply take what they do and do the exact opposite.  They take 12 months to do what I do in 12 minutes.  I have learned to have courage, 59-minute stand-up meetings, eliminate large committees, long-winded rhetoric and keep my company lean and customer focused.  If government practiced the above they could be efficient too.  However, most politicians are focused on re-election and not customer (citizen) service.  Therefore, rather than make correct decisions they make popular decisions.  Finally, too many rules in government inhibit innovation.”

On the 25th anniversary of this remarkable Canadian entrepreneur’s inspirational business success story, the development of the FOX40 whistle, there is only one thing to add, and that from those of us who are privileged to know The Fox as our friend.  It is best illustrated by a personal story.

An on-air caller who identified himself as Mike began this way:

“Let me tell you about your friend Ron Foxcroft.  He fired me!  He fired me because I deserved to be fired.  I had been goofing off and not doing me work properly.  Mr. Foxcroft called me and said ‘Mike, I pay you to do a job.  Do the job.’  I kept goofing off and Mr. Foxcroft then warned me. ‘Mike, if you don’t do your job, I’m going to fire you.’  I didn’t listen and continued give much less than 100 per cent effort.  On a Friday at noon I was called into Mr. Foxcroft’s office.  ‘Mike’, he said, ‘I warned you.  You’re fired.  Here’s your severance envelope.’

I knew I’d earned losing my job and turned to leave the room.  Then Mr. Foxcroft said, ‘Mike come back here and take this second envelope.  I see promise in you, so you’re fired from FOX40, but inside the envelope is the name and address of the person and company you start working for on Monday morning.  Don’t blow it.”  Mike ended his call with “I’m still with that company and still thankful to Ron Foxcroft.”

It is that phone call which so accurately describes the man behind one of Canada’s most successful global entrepreneurial efforts.