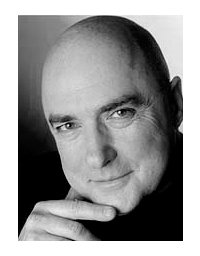 When smokers engage in massive class-action lawsuits against tobacco manufacturers, seeking huge financial damages as a Montreal court began to hear in mid-March, the empathy level may be expected to drop.

The link between smoking and cancer was medically established in 1964 through a U.S. Surgeon General’s report.  One year later Congress required the first health warnings be included on cigarette packaging.

In the 48 years following the Surgeon General’s alert there is hardly a person with even rudimentary access to public information who hasn’t been bombarded with “smoking kills” messaging.  Today there is likely literally no one who begins smoking who simultaneously remains ill-informed of the potential negative health consequences.

Therefore, siding with a demand by smokers for compensatory restitution from tobacco companies when the decision to smoke was made voluntarily and in an informed manner will be met with resistance in any forum of public discussion.

Certainly tobacco companies have richly earned disdain for having to be virtually dragged into an admission consumption of their product may result in significant illness and possibly eventual death, but that is a separate issue.

While the court will have heard tobacco companies refused to disclose their own research damning their product that would only become a significant mitigating factor were the tobacco companies the sole source of smoking related information.  Governments, medical associations internationally and anti-smoking organizations have issued literally thousands of pages of smoking related health warnings.

It is fortunate the merits of the Montreal case aren’t being decided by a jury of medical professionals. Were some physicians and hospital administrators wearing the mantle of judge and/or jury for the class-action, it is likely the case would be dealt with rapidly and not to the satisfaction of the plaintiffs.
Consider.

Dr. Gifford Jones in column written in 1991 wrote  “In 1989 Dr. Allan Taylor, chief of plastic surgery at The Ottawa Civic Hospital wrote in The Canadian Medical Association Journal, “insisting that patients stop smoking as a condition of their benefiting from our deluxe health care system is neither fundamentalism nor fascism.  It’s just plain old-fashioned horse sense in view of health care costs and impending shortages of services.”  He added, “I would not refuse to treat, beat into submission or deport smokers.  I would simply assign them the low priority they deserve at the bottom of the ever-increasing list for investigative procedures and elective surgery for smoking related diseases.”

In the 23 years since Dr. Taylor’s column appeared in the CMAJ, his prediction of shortages of medical services has indeed become a growing fact of great and alarming concern to health care consumers nationally and tolerance for smokers who expect the very best of publicly funded healthcare appears to be in decline.

While not all physicians agree with the view expressed by Dr. Taylor, smokers may not wish to plead their case with Royal Cornwall Hospital in England.  In 2007, 57-year-old John Nuttall was refused reconstructive ankle surgery even though he lives in daily agony and battles pain with morphine.  Mr. Nuttall, who was additionally diagnosed with smoking-related chest pain refused to comply with the hospital’s demand he stop smoking in order to receive the ankle surgery, saying it was impossible for him to give up a 40-year habit.  Royal Cornwall Hospital’s position remained firm.  Continued smoking would reduce the chance of proper post-surgical healing; therefore no cessation of smoking would mean denial of surgery.

Dr. Eike Henner Kluge, medical ethicist at the University of Victoria, in March 1994 wrote “when we adopt an unhealthy lifestyle, we adopt a way of life that we know will lead to injury and result in the need for health care, something which could have avoided.  When people make lifestyle choices, they are taking actions that will place an otherwise avoidable strain on available health care resources.”

Dr. Kluge added, “Smoking is a good example.  People become smokers by choice, not by uncontrollable accident, inherent need or genetic predisposition.  Furthermore, the dangers of smoking are too well advertised not to be known.  It may be difficult to quit smoking but it is not impossible, and it is certainly possible never to start in the first place.  Therefore, to smoke is to create an artificial and preventable health need.  That is irresponsible, and to insist that smokers be treated like non-smokers is to unjustly treat irresponsible people the same as responsible people.”

Wait, argue smokers.  Tobacco is a legal product and one that is heavily taxed.  On that basis alone no reduction or denial of medical services is justifiable.  An argument with some traction.  After all, governments gladly rake in billions of dollars in tobacco related taxes, yet refuse in some provinces to fund smoking cessation programs.

Why not just outlaw the stuff then?  After all, were tobacco a new product seeking licencing approval from Health Canada, would such an application be met favourably knowing consumption would annually, directly or indirectly be involved in the deaths of some 40,000 Canadians aged 35 and older?  The answer is obvious.  So is the reason why governments will not anytime soon show the courage and commitment to introduce a gradual ban of tobacco, even one which would include public funding of smoking cessation program.

The Montreal court will have heard tobacco manufacturers raised the nicotine level in cigarettes, thereby increasing the addiction and dependency of the smoking consumer.  A valid argument perhaps, but not one to outweigh the “you chose voluntarily to take up smoking” counter.

At stake in Montreal is potentially $27 billion as Imperial Tobacco, JTI MacDonald and Rothmans Benson and Hedges, Canada’s biggest cigarette manufacturers, defend themselves against the accusations of those involved in what is thought to be Canada’s largest ever class action court case.
The plaintiffs will be hoping for the kind of victory scored by 46 U.S. states in 1998.  Big tobacco is obliged to deliver $206 billion over a 25-year period.
In the U.S., citizen lawsuits against tobacco companies have also resulted in big payouts.  Barbara Izzarelli, a 49-year-old woman from Connecticut who began smoking at age 18 and later developed larynx cancer was awarded $8 million against R.J. Reynolds Tobacco Company following a two-week trial.

Empathy for smokers dealing with cancer associated with their tobacco consumption?  Of course.  Are tobacco companies ultimately though responsible for making a personal choice to start smoking and subsequently refusing to quit, with clear evidence tobacco may ultimately cost a smoker his or her life readily available? No. 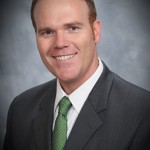 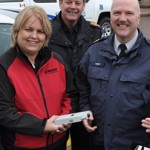