Roy Green: When personal delay can be deadly 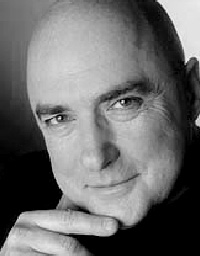 The email from a long time listener began, “Hi Roy, hope you are well” and eventually drifted to the question “how is your heart”?

The writer identified himself as fifty-something and experiencing recurring chest discomfort. Did I think he should see his doctor?

Over the last almost 11 years I have become accustomed to such correspondence. Usually, but not exclusively from men and without exception from people flirting with denial of a possible life or death reality.

In the summer of 2000 that writer might well have been me. I was close to death, but like my father before me, unaware of the coronary artery disease which had slowly brought me to crisis stage.

I was a cyclist, lifted weights and played probably 60 rounds of golf annually, usually walking the course.

It was a beautiful morning and I was a few minutes into a fairly strenuous ride when an uncomfortable tingling sensation began to spread across my chest, followed by what I can only describe as two heavy thumps perhaps a second apart. I stopped the ride but only sought medical attention some weeks later.

The discomfort returned, but always activity related. Almost exactly six minutes into my daily bike ride the tingling and thumps would appear. I would increase my pace, finding and taking comfort from the fact the sensations would gradually recede and perhaps 20 minutes into my ride disappear entirely.

Then came the day the pain changed. More intense now and accompanied by some shortness of breath. I agreed to a basic treadmill stress test. The result was concerning.  Next, a more detailed and in hospital test involving injection into my blood stream of the radioactive isotope cardiolite. Its progress through my coronary arteries was observed through a combination of an imaging scan and treadmill test.

Although I was permitted to leave the hospital, an on duty physician had considered admitting me on the spot. Clearly things were not good.

Dr. Lorne Finkelstein of Hamilton, cardiologist and friend booked an angiogram at the Hamilton General Hospital for October 24, to be conducted by interventional cardiologist and director of the cardiac and vascular program at Hamilton Health Sciences Dr. Douglas Holder, who had conducted the city’s first angioplasty in 1982.

I was to report to hospital at 12:20 p.m., but as on any other day aired my show from 9 a.m.-Noon. Nothing about the remainder of the day’s schedule was mentioned on air.

By 1:30 p.m. I had been prepped, wheeled in the “cath lab” and resting comfortably, waited for Dr. Holder.

It is surreal to see your own heart on a television monitor and watch the process of a catheter delivering an x-ray dye into the heart while the surgeon evaluates the situation.

There are for each of us moments which are frozen in time. I will never forget Dr. Holder eventually standing over me, saying “Roy, we need to do an angioplasty and insert a stent right now. Is that OK with you”? It was.

Dr. Holder had discoverd a 99 per cent blockage of the first section of my left anterior descending artery (LAD), a condition commonly known as the “widowmaker” and most likely hereditary.  Probably the cause of my father’s sudden death at age 39.

It is not my routine to include personal information in public discourse. However, the decision was taken early to openly and directly speak to my narrow escape with the objective of hopefully motivating listeners and readers to respond to threatening symptoms by seeking immediate medical assistance.

The “Hi Roy, how is your heart” writer had to know my response to his should he see his doctor query would be “why are you even asking me that question? Report to your closest hospital ER today. If you’re experiencing chest pain at this moment, dial 911!”

Why do we hesitate? A study by the Department of Cardiology at the University of Wales College of Medicine suggests excuses like “heart attack symptoms can occur only during physical activity” are routine. Patients with a history of myocardial infarction (heart attack) are known to attribute personally familiar MI symptoms to “a non cardiac source” like heartburn.

According to the university study, even patients who recognized the imminent danger of symptoms were prone to delay seeking immediate help because they “were often reluctant to abandon their social obligations”. Others “made elaborate preparations for an anticipated stay in hospital. Activities included changing clothes and packing an overnight bag or contacting relatives before calling an emergency ambulance”. In fact, patients with previous heart disease “presented later than those with no such history.”

Women are not immune from succumbing to denial. A paramedic husband and wife team heard my initial heart disease broadcast. The husband called to relate that several nights later his wife developed severe chest pain and vomiting. Her default response? Blaming a “non-cardiac source” until reminded, “what did we hear Roy talking about earlier this week and what do we do for a living”? Successful open heart surgery followed fairly quickly.

These are challenging and stress filled times. Times we may feel inclined to rationalize we’re “too busy to take any time away from the job”, almost exactly the excuse I made about eighteen months ago when the unpleasantly familiar chest tingling reappeared.

I waited several hours before requesting my wife drive me to hospital, compounding poor decision making by ignoring the fundamental “call 911” advice.

This time it was a gastric issue. Literally a “something I ate last night” diagnosis. Possibly also the perfect delay in seeking treatment excuse in waiting?

“Health is everything” is not a cliché. Heart disease or other potential threat to life and livelihood, when diagnosed early is frequently curable and if not curable, then certainly treatable.

I will forever live with coronary artery disease. However, because treatment was delivered in time, I suffered no heart attack or heart damage and am on a regular schedule of focused cardiac testing. My heart health is assessed as excellent.

After reading my listener’s note and considering its implications I could think of no more important message to share.