Home | Features | September 12 | Roy Green: When the Nightmare is More than a Bad Dream

Roy Green: When the Nightmare is More than a Bad Dream 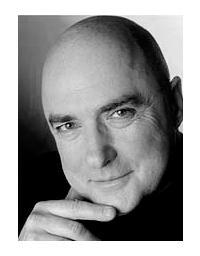 You know the evidence of a house fire.  Perhaps the first visual is curling black or white smoke; perhaps it’s fire trucks in line, hoses snaking toward a residence and firefighters rushing about in what appears to be some alien yet organized pandemonium.

You wonder about the people who occupy or occupied the home.  Were they home when the fire broke out? Are they safe?  You scan for activity around the ambulance dispatched as part of the emergency response team hoping to find it waiting and unused.  Were there pets in the house?  You have heard stories of family pets lost in a fire.  You make plans to spend some extra quality time with the animal members of your family when you get home.

And what about your home?  Could what happened to this stranger’s residence lay in wait for yours? What may have caused the fire to erupt?  Electrical wiring fault seems to be the most common tag line in broadcast news stories of fires.  “Investigators believe faulty wiring is the cause” intones the broadcaster.  I have done this on air myself during the times in my career that reading news was part of my daily responsibility.

You add checking electrical connections, extension cords, power bars and other potential sources for problems to hugging your four-legged pals.  That and a reminder to everyone in the family to address with extra care everything with a possible flammable consequence.

You make your way home, thankful a stranger’s nightmare hasn’t reached for you.

The nightmare reached out for my wife, our two dogs and me literally days ago.

A call from our home security company advised a fire alarm at our house had resulted in a call to the fire department with a suggestion that if we were within driving range we make our way home as soon as possible.  The hour’s drive was filled with apprehension, outright fear and a reassuring reminder that as I had read and heard the vast majority of fire alarms turn out to be false.

We raced past our veterinarian’s office (the plan had been to pick up our pup that had been neutered that morning), my wife making calls to anyone we could think of who might be able to provide information.  That led to 911 and after some confusion about the location of our hose and which fire department has primary jurisdiction and responsibility we were informed the fire chief was requesting our presence as soon as possible, “but don’t drive dangerously” were the operator’s final words.

The line between danger and determination is narrow under such circumstance and I did manage to arrive home quickly.

The scene was the aforementioned orchestrated pandemonium.  The dominant colour was red.  Red fire trucks and many of them (I was to find out three departments had eventually responded, the first arriving within minutes). A red ambulance, as well as a red first responder vehicle.  I raced up the road eventually coming bumper to face with an agitated firefighter screaming “get the hell out of here”.  Clearly he was furious at the idiot who refused to comply with detour signs.

“Park there” he shouted, pointing to a spot behind an idling emergency vehicle.

As I scrambled from our truck I was about to say something to my wife.  Her hand was covering her mouth, her eyes searching for a glimpse of our house, still hidden by trees.  “Honey, we’ll be OK”.  Good Lord, I could have done better than that.  The fact is we couldn’t possibly know how we would do, or if we would at the end of this day still have our home and its hundreds of personal and irreplaceable memories.  “I have to go to the house and will come back as quickly as I can”.  Why I’m almost certain those were my actual words I don’t know, but for some reason things began to slow down.

In our driveway turnaround, firefighters had set up their command post with a board and easel which I believe kept track of who among the firefighters was where in the house.  Smoke was pouring from all three levels, but I saw no flames.  Was this good news?  The Chief whom I knew casually shouted “stay back.  Your house might still explode!”   Explode?  ‘How much propane is in that tank” he wanted to know.  “It’s full with a three year supply”.  Immediately two firefighters set about dismantling the tank and moving it out of danger range.

These men and women were quite literally risking their lives for our home.  What incredible bravery and commitment.  Don’t even begin to mention “well, they get paid for doing this” as someone eventually would.  The men and women who fight fires are heroes who undertake a critical task most of us would not have the fundamental courage to approach.

Time and again over the next hour my wife, who had joined me, and I would witness acts of individual bravery. Acts which would result in the saving of our home.

By day’s end we were able to take a few steps into the area most directly affected.  Think of a nasty movie fire scene and you’ll be thinking of our home.  Walls and ceilings blacked and torn, windows broken and others blown out by the heat and internal pressure, furniture either almost unidentifiably destroyed, or oddly left seemingly virtually intact.  The fire had roared its way through the bottom floor of our house, peeling the screen off a wall mounted television, but leaving the sheets on the bed just feet from the screen still mostly white.  The cause?  Probably electrical.

As the hours and next few days evolved my wife and I bore witness to our insurance adjustor choreographing a group of diverse sub-contractors taking on tasks ranging from demolishing what had to be, removing for cleaning or assessment as destroyed all individual items in our home, from the smallest picture frame to a large couch and king-size bed.  It was and continues to be impressive.

At this writing we are likely six weeks away from reassuming occupancy of our home.  Walls will be replaced, as will floors, windows and furniture.

Difficult is that some things will never be returned.  Items of personal meaning and of great significance.  The “irreplaceables” is what we’re calling them.

We are staying with family at the moment, but will that last a full six weeks?  No matter how close you may be to someone, interrupting their lives by bringing your habits, as well as random suitcases and belongings into their home must eventually morph into something of an uncomfortable union.  So we will seek short-term housing and almost literally take it from there.

Now that the smoke has quite literally cleared we will begin the task of rebuilding.  My wife and I decided at the very beginning that we wouldn’t “make the hill too steep” and take issues one by one.

We have experienced the best in people.  From family and friends, from listeners and readers.  Calls and emails have and continue to arrive literally by the dozen.

“Thank you” to everyone who has taken the time to get in touch and please do an audit of fire safety in your home. Regularly.