On the magnificent west coast of Canada at the southern tip of Vancouver Island is a burgeoning, vibrant community known as Royal Bay that is quickly blossoming into its own little piece of paradise. Situated at the south of Colwood, British Columbia, and just west of the provincial capital of Victoria, you could say the former site of a huge Century-old gravel pit is metaphorically being transformed from the Stone Age into a spectacular modern seaside community.

The Canadian Business Journal recently spoke with Royal Bay Community Limited Partnership President Russell Tibbles about the ambitious project, which will be developed in phases over a period of time that could take as long as 20 years to complete.

Royal Bay Community Limited Partnership owns 419 acres, known as the Royal Bay lands. In turn, Royal Bay is wholly-owned by the B.C. Investment Management Corp. (BCIMC), which has sizable holdings throughout the country. With an international portfolio of about $122 billion, BCIMC is one of Canada’s largest institutional investors within the capital markets. It finances the retirement benefits of more than 538,000 plan members and also oversees the insurance and benefit funds that cover more than 2.3 million workers in B.C.

The Royal Bay lands were operated as a gravel pit for about 100 years, and much of the history of that prominent site can be found in a number of nearby municipalities.

“If you go around Victoria a lot of the aggregate for the buildings – like the legislature – came from there,” notes Tibbles.

As it became obvious the life expectancy of the gravel pit was winding down there was a civic determination that the location could, and should, be redeveloped especially in light of the fact the City of Colwood has been one of the fastest-growing areas with the Capital Region District since its incorporation in 1985. With a current population of about 16,000, that number could potentially increase by another 7,000 once all the homes at Royal Bay are ready for occupancy.

Blessed by the presence of bountiful available land, with mesmerizing views right on the ocean, Tibbles says it is exceedingly rare to have such an incredibly wonderful opportunity to work with while having a significant metropolitan area right around the corner.

“In my business it’s a once in a generation opportunity to do this. We feel very privileged and we also recognize that what comes with that is a responsibility to do it right and create a lasting legacy and work with care and attention to every detail,” he says.

The site was purchased by Royal Bay Communities LP in 2012. The closure of the gravel pit and mine was in 2007.

Prior to the involvement of Royal Bay Communities LP, there had been a vision for redevelopment and growth by the local government dating back to the 1990s. However, despite the best intentions of those involved throughout the years, a noticeable transformation did not take effect until Tibbles and his team took over the reins and began working immediately on expediting major redevelopment plans.

“We acquired the site in 2012 and in 2013 did a tremendous amount of earth work to effectively close the gravel pit and prepare the site for residential development,” recalls Tibbles. “In 2014 we did a significant public process to develop the Royal Bay area plan. It involved extensive consultation with the community and the City, which culminated in the 2014 adoption of the Royal Bay area plan to become part of the City of Colwood’s official community plan.”

For the past two years, Royal Bay Communities LP and the City of Colwood have held a shared vision as to how the site will be developed going forward. As such, Royal Bay is now driving the project forward full-steam ahead with the comprehensive maturation of the site.

“Royal Bay is new, master-planned seaside community. The critical part is not just doing the planning, but executing in a thoughtful way and we are genuinely seeking to do that. I don’t know of any other site with more than 400 acres on the oceanfront in a significant metropolitan area in B.C., Canada or on the radar in the U.S. that I’m aware about. It’s a blank canvas and a tremendous opportunity. Royal Bay is very fortunate to have 1.3km of oceanfront on the Strait of Juan de Fuca,” says Tibbles.

Royal Bay serves as the land developer, which means Tibbles and his colleagues focus on the planning, land-use approvals and construction of infrastructure.

“We’re not currently doing any of the vertical development. We enter into transactions with third-party builders to do that, and GableCraft is our builder,” explains Tibbles. There are a number of architects, engineers and construction workers who are integral to the development of the project.

In early June, Tibbles and Colwood Mayor Carol Hamilton turned over the first ground of what will become Royal Bay’s Neighbourhood House, which will have some rocks from the original quarry integrated into its construction. Another major milestone was reached on September 10 with the opening of Royal Bay Beachpark.

Upon completion of the entire project, Royal Bay is slated to have up to 2,300 homes and more than 100 acres of public parks including all 1.3km of the beachfront property. In addition to the residential component will be a significant capacity of commercial development. Royal Bay will have a variety of housing types ranging from single family to townhomes to rental apartments and strata condominiums.

“From our standpoint we believe the site and the variety of housing that is being developed on it will appeal to a very broad range of purchasers and ultimately by being able to meet such a broad range from first-time buyers to seniors we’ll have a really diverse community,” Tibbles states.

Already in place is the brand new Royal Bay Secondary School, which opened in September, 2015. Despite opening its doors just over a year ago, enrollment is already approaching 1,000 students. The school’s facilities support a wide range of programs, including expanded students’ skills and trades training. The athletic facilities include an Olympic-sized rubberized track, one artificial turf field, and one grass field. Students from the school generously donated their time earlier this summer by planting trees in the temporary Royal Bay Tree Nursery. These trees will be transplanted to boulevards throughout the Royal bay community as it grows through continued phases of construction.

“It (Royal Bay Secondary School) was part of our initial infrastructure work and involved creation of the road – Ryder Hesjedal Way – to access that and our first phase of residential,” Tibbles says. There is also an elementary school plan for the neighbourhood’s younger children as well.

Another integral component of the community that Tibbles believes will really set this apart from traditional suburban patterns is that it’s not only a new seaside community but rather it’s truly a development project that has been master-planned for the future.

“It’s a community designed to be more complete and inclusive with a variety of housing to meet the needs of everyone with safe, walkable neighbourhoods,” he says.

The imagery of traditional suburbia would quite likely have most people thinking about having to drive to gain access to any fundamental commercial or social centres. However, Royal Bay is foreseen as a far more complete community that will provide maximized convenience for those living there. To accomplish such a lofty goal, the plan includes having two mixed-use neighbourhoods, one being the Commons Village Centre, which is planned to be a new waterfront heart for Colwood. By having local commercial convenience, Tibbles believes that particular asset is an important part of making Royal Bay an even more attractive community.

“Our design team made it an absolute mission to ensure the parks would be within a five-minute walk from each home. The resulting area plan has a series of linear parks that wind their way through the neighbourhood to the oceanfront and to other commercial centres. It creates a strong theme of continuity,” explains Tibbles.

Throughout the project timeline there will be a number of major milestones achieved as the community begins to take its own unique form. An initial substantive infrastructure component for Royal Bay included the realignment of Latoria Road into Latoria Boulevard.

“It’s a spine road going through the community,” explains Tibbles. “It was realigned from a rural road standard to an urban standard, complete with bike lanes, extensive landscaping and a road alignment that we think sets a tone for the urban community that Royal Bay is going to become.”

The timing and pace as well as the method of development of Royal Bay will follow a phased market-based approach and so it will largely be dependent on market conditions with Tibbles mentioning that it could be a project that lasts up to two decades.

Royal Bay is envisioned for the 21st Century as a much more complete community, where people can not only live but meet many of their daily needs within a short distance that won’t require getting into a vehicle.

Ensconced by nature’s beautiful oceanfront views, picturesque mountains and a fantastically accommodating year-round climate there is an unmistakable element of warmth, character and charm connected to such a marvellously breathtaking location.

“Back in 1936, Emily Carr camped out here and painted the site,” says Tibbles. “She described it as ‘high skies, blue and deep’ and you really get that open and expansive feeling here. You are also looking back to Victoria with tremendous views of the city. It’s a wonderful place.” 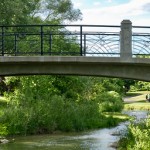 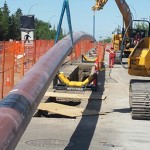 The Progressive Contractors Association of Canada