CBJ – The Canada Sevens organizing committee for the World Rugby Sevens Series has announced its selection of the TwentyTen Group (TTG) as its agency of record for strategic marketing and sponsorship services. Canada Sevens encompasses two major global rugby sevens tournaments as part of the World Rugby Sevens Series, including the women’s series kicking off in Langford in April 2015 and the men’s tournament set to land in Vancouver in March 2016. The TwentyTen Group, will co-author the commercial and marketing strategy, supporting the vision for these landmark events alongside the Canada Sevens organizing committee and Rugby Canada. The four year agreement will see Canada Sevens through its first term as a member of the World Rugby Sevens Series.
The World Rugby Sevens Series is a wildly popular international tour, next year expanding to ten tournaments on the men’s side, in which sixteen of the best rugby playing nations compete for Series points at each round. The 2014/15 season also doubles as an Olympic qualification opportunity in preparation for the sport’s debut at the Rio 2016 Games, with the top four teams securing a ticket to Brazil. The Sevens Series brings much more than the spectacle of sport to its host cities, creating a festival environment that spills into the streets well beyond the stadium in celebration of international culture and camaraderie. The Series is also well-known for its unique approach to fan engagement, encouraging crowds to arrive in costume, fostering a playful and spirited atmosphere for all ages.
“Selecting the TwentyTen Group to ensure this event is a commercial success was an easy decision for us,” said Rugby Canada Chief Executive Officer Graham Brown. “The TwentyTen Group has a proven track record building highly successful sponsorship and marketing strategies for amateur sport in Canada from the Vancouver 2010 Olympic and Paralympic Winter Games, to the Canadian Olympic Committee and many national sport organizations, their results speak for themselves. We are proud to align with TTG to build a long and sustainable future for Canada Sevens, and the game of rugby in Canada for generations to come.”
In 2014, TwentyTen Group’s sister agency TORQUE Strategies was engaged to help build the bid to host the Sevens World Series in Vancouver alongside a robust committee of international sport event veterans including Bid Committee Co-Chairs John Furlong and Gareth Rees. On February 23, 2015, World Rugby announced that the bid was a resounding success, unmatched by any other submission, and consequently awarded Vancouver a stop on the global tour.
“Canada is renowned for hosting for international sporting events and the addition of Vancouver and Victoria/Langford as stopovers on the World Rugby Sevens Series is an incredible honour,” said Andrea J. Shaw, Founder and Managing Partner of the TwentyTen Group. “Rugby Sevens brings so much energy, culture and festivity to host cities. The experience is an immense opportunity, and nothing short of a celebration with an infectious spirit that cannot be ignored by rugby aficionados and first-timers alike. By rallying the country as we did in 2010, we believe Canada Sevens has the ability to affect our country in the same way. This is our chance to showcase Canada, on the global stage yet again.”
In partnership with Rugby Canada, TwentyTen Group will provide strategic commercial and marketing direction and will work to secure commercial partners for Canada Sevens. The strategy will be designed to maximize community engagement and develop the private, public, and community partnerships needed to ensure a well-funded and broadly supported event. The men’s tournament operational staff will also be housed in the TwentyTen Group’s Vancouver offices in iconic Gastown in the lead up to March 2016.
Canada Sevens will kick off with the women hosting the world’s best twelve nations in Victoria / Langford April 18-19, 2015, where teams will vie for a berth to the Rio 2016 Olympic Games. The men’s event will be a multi-day indoor tournament hosted at Vancouver’s world class BC Place stadium in March 2016. The men’s 2015-16 global tour schedule will be announced by World Rugby in late-March.
About Rugby Canada
Rugby Canada is the national governing body of the sport of rugby union in Canada. Rugby Canada has been a permanent fixture on the global rugby scene, including trips to each of the seven World Rugby World Cups. In support of the sport at a grass roots level, Rugby Canada has put a strong emphasis on their developmental junior programs by providing player with an opportunity to compete on the international stage in various age categories for both men and women. Today the game of rugby in Canada is well represented in all ten provincial unions and is played by over 20,000 Canadian girls and boys, men and women.
About the TwentyTen Group
Born out of the Vancouver 2010 Olympic and Paralympic Winter Games, the TwentyTen Group is Canada’s leading strategic marketing and sponsorship firm with a robust national and international client base. The firm is the agency of record for the Canada Sevens – World Rugby Sevens Series, Snow Sports Canada, the Canada Games Council, KidSport, and Whistler Blackcomb. Operating in Toronto and Vancouver, the TwentyTen Group strives to elevate the potential of sport, culture and community through its innovative approach to marketing solutions, and the development of values-based partnerships.
-30-
FOR MORE INFORMATION
Veronica Watson MacDonell
[email protected]
416.304.9010
Auburn Sigurdson
[email protected]
604.337.3663 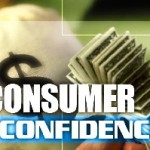