OTTAWA, July 17, 2020 (GLOBE NEWSWIRE) — Canada’s unions are welcoming the inclusion of job-protected sick leave in the ‘Safe restart’ agreement reached between the federal, provincial and territorial governments.
“We were very glad to see sick leave specifically mentioned in this agreement,” said Canadian Labour Congress President, Hassan Yussuff. “Canada’s unions have been fighting for paid sick leave for all workers. This ensures that every worker can take time off when they are sick and need to self-isolate. Workers should not be penalized for taking care of themselves and safeguarding public health.”It should be noted that BC Premier John Horgan acted as the champion of sick leave during these negotiations.Unions are also welcoming other important measures in the new agreement including funding directed at municipalities and investments in child care and long-term care.“Communities across the country are in financial crisis after months of unanticipated costs and collapsing revenues,” said Yussuff. “Municipalities are not only major employers, they are major economic drivers. This deal will have a significant impact, though we still have a long way ahead towards full recovery.”The CLC is calling for reforms to the Employment Insurance system to support workers who will no longer be covered by the Canada Emergency Response Benefit in September.“There is no quick way out of this crisis; funding must be directed towards social supports that will help workers get back on their feet,” said Yussuff. “Millions of Canadians are still facing uncertainty and governments will need to continue to step up.”To arrange an interview, please contact:CLC Media Relations
[email protected]
613-526-7426 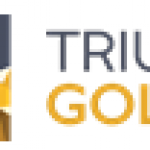