For Canada to meet its climate and carbon goals, the nation needs new clean technologies and sources of energy. A strategic source is geothermal energy. DEEP is focused on developing geothermal in Southern Saskatchewan because the region’s unique geology hosts high temperature and high-volume fluids exceeding 120°C required for power generation. Testing to date has demonstrated that the optimum design for this first geothermal facility would generate 20MW of baseload power (power for 20,000 households). This energy project is supported by a highly streamlined regulatory environment thanks to Saskatchewan’s 60 years of oil & gas development and over a century of mining operations, including world-leading uranium and potash operations. DEEP will sell power to SaskPower under Canada’s first geothermal power purchase agreement signed in 2017 as well as offer direct industrial heating opportunities.

Geothermal is baseload clean energy that delivers power 24/7. It has the smallest environmental footprint of all renewables and does not disrupt animal migration or cause bird mortality. Compared to intermittent forms of renewable power like wind or solar, geothermal provides constant baseload capacity offsetting more than 2X the greenhouse gas emissions of wind and does not require natural gas back up. Geothermal power is safe and reliable and will have an important role in Canada’s new energy future.

DEEP is the foremost geothermal power project in Canada with the capacity for sizable and scalable economic baseload power generation. The project is utilizing Canada’s world class oil & gas technology and expertise – unleashed for the first time on renewable energy. This means new jobs for oil and gas workers in Saskatchewan. The completion of this landmark field test reinforces DEEP’s leadership in this new Canadian clean energy industry and DEEP’s capacity to successfully complete construction of its first power facility by 2023.

The test duration was 53 days and produced 89,112m3 brine from the Border-5HZ horizontal well (announced November 24, 2020), injecting into Border-1 and Border 3 vertical wells. Despite the harsh Saskatchewan winter conditions, the field operations were executed with minimal downtime. Well performance from the horizontal well and both injection wells were as anticipated and demonstrated reservoir continuity. This test provides the dataset required to finalize the design parameters of the well field to determine the lateral length of the horizontal wells, well completion design, and the distance necessary between producers and injectors to maintain reservoir pressure. It is also important to prevent thermal break-through that could cause declining power output over time.

Feasibility engineering is expected to be completed by April 30th by Calgary based Enerpro Engineering. GeothermEx (a Schlumberger Company) will complete the 3rd Party Bankable Feasibility Report allowing DEEP to secure project financing for construction commencing in the fall of this year.

The objectives of the flow test were to:

To meet the test objectives, DEEP maintained an average daily flow rate of ~1,800 m3/day. Far field reservoir pressure response was monitored using downhole pressure-temperature gauges in observation well Border-2B, located approximately 700 meters south of Border-5HZ. Downhole and wellhead pressures and temperatures were monitored at the production well and injection wells during the test. Fluid and gas samples were taken during production and analyzed to quantify the reservoir fluid geochemistry and entrained gas composition for final design. Corrosion “coupons” were placed downhole and in the surface equipment to test various material response to the reservoir fluids for surface facility mechanical engineering.

Two chemical tracer programs were executed simultaneously during this flow test. A unique set of tracers were used to determine the detailed efficacy of the hydraulic stimulation along the length of the horizontal well. A separate set of tracers and dedicated test protocol were designed to test for potential short-circuiting zones such as high permeability stratigraphic units or fractures that could lead to premature thermal break through. In this test, unique tracers were pumped into each of the injection wells and sampled daily in the production well. As anticipated, no tracer was detected in the production well during flow testing which greatly de-risks the probability of early thermal breakthrough during power generation.

The DEEP team persevered through challenging Saskatchewan winter weather conditions that saw temperatures dip to below -30°C, and a “once-in-a-100-year” hurricane level windstorm in order to accomplish this complicated geothermal resource test. All objectives were successfully met in this landmark first-in-Canada achievement. The reservoir performed as anticipated with the productivity of the hydraulically stimulated Border-5HZ well producing at a rate more than double what it would have produced without stimulation.

The commercial power subsurface design is a series of alternating horizontal production and injection wells forming a ribcage shaped “Power Block”. Power will be generated from a centralized Organic Rankine Cycle power facility with a 20MW output. The conceptual “Power Block” is shown below. Current reservoir modelling of the data will determine the lateral length of the horizontal wells, completion design, and the distance necessary between producers and injectors to maintain reservoir pressure and prevent thermal break through.

Some of the statements in this news release may be forward-looking statements or statements of future expectations based on currently available information. Such statements are naturally subject to risks and uncertainties. Factors such as the development of general economic conditions, future market conditions, unusual catastrophic loss events, changes in the capital markets and other circumstances may cause the actual events or results to be materially different from those anticipated by such statements. DEEP, including its directors or officers, do not make any representation or warranty, express or implied, as to the accuracy, completeness or updated status of such statements. Therefore, in no case whatsoever will DEEP or its directors or officers be liable to anyone for any decision made or action taken in conjunction with the information and/or statements in this update or for any related damages. You should consult your professional advisors before deciding to make an investment decision in DEEP.

A photo accompanying this announcement is available at https://www.globenewswire.com/NewsRoom/AttachmentNg/bce9801f-d3cc-40a7-a94d-d92b50633a8b 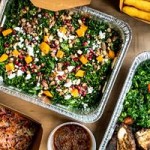