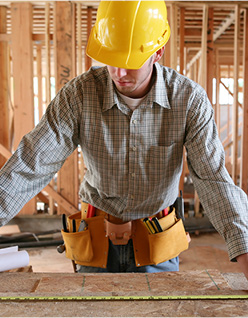 Representing more than 1,400 companies in the industrial, commercial, heavy construction, and high-rise residential sectors, the Saskatchewan Construction Association represents a variety of companies and trade associations, from plumbers, to pipe fitters, to electricians, to large general contractors.

The Saskatchewan Construction Association focuses on key benefits to its membership as well as issues affecting the industry, particularly a recent industry trend of a worker shortage, due to attrition and lack of qualifications.

“We encourage kids coming out of high school to look at the trades as a viable career option. We’ve partnered with the provincial and federal governments to focus on that age group,” Michael Fougere, President of the Saskatchewan Construction Association, told The Canadian Business Journal. “But since our economy is growing so quickly, it’s becoming potentially a constraint if we don’t solve the problem or address it effectively.”

Fougere noted that the Saskatchewan Construction Association is “fixated” on worker shortages in the various trades. “The human resource side of our industry is the top issue. Our companies are growing and most of our companies are smaller organizations that don’t have time to look at the longer view as they grow—how they’re going to sustain themselves—so we spend a lot of time providing expertise, advice, and resources for companies to look at their own human resource needs.”

“There wasn’t a recession in Saskatchewan. We’ve been growing for the last five years and our membership has grown significantly, both in Regina and Saskatoon,” Fougere described. “Federal and provincial stimulus money in 2009, 2010, and 2011 was really a bridge that helped a lot of provinces that could have been hurt, but in our province, we didn’t have any issues whatsoever so we’ve continued to grow.

In terms of membership benefits offered by the Saskatchewan Construction Association, it advocates to government on issues concerning the industry, including workers’ compensation, tax issues, trade and procurement issues, and to ensure there is greater investment in student training.

“Advocating the government is always a major issue and it will always be the bedrock of what we do. It’s one thing to say we’re bringing people into the trade, but they must be trained,” Fougere summarized. “Regional and technical colleges have to have the capacity to have kids go into the trades. Our talent challenge is the way we do that.”