VANCOUVER, British Columbia, Sept. 03, 2020 (GLOBE NEWSWIRE) — Scottie Resources Corp. (“Scottie” or the “Company”) (TSXV: SCOT) is pleased to announce that it has commenced (1) a 57 km2 helicopter borne concurrent magnetic and electromagnetic surveys (EM), and (2) two induced polarization (IP) survey grids on its Scottie Gold claims in northern BC’s Golden Triangle.
CEO Bradley Rourke commented “Scottie Resources continues to aggressively explore and develop the Scottie Gold Mine Project. These geophysical surveys will enhance our technical data and understanding for future drill targeting. Drill progress has been better than expected and over 4,500 metres has been completed to date. Drill results will be released upon receipt.”The EM survey, carried out by Precision GeoSurveys Inc., will comprise approximately 634 line kilometres, with 100-metre line spacing, using a Triumph AirTEM™ time-domain electromagnetic system. Historic multi-frequency EM surveys indicate that the mineralization is conductive due to pyrrhotite which is coincident with the gold mineralization at the Scottie Gold Mine as well as other drill validated targets, including the Blueberry and Bend Veins. By design, the 2020 survey will cover all of the core claims of the Scottie Gold Project, and the new tighter spaced survey will better define and delineate the continuity of mineralization and potentially add additional targets for drill testing.The ground IP geophysical surveys, to be carried out by Scott Geophysics, a BC-based specialized IP survey contractor, will comprise 12.75 line kilometres, and will be conducted over the Bend and Domino Zones. The grid on the Bend structure will be used to produce a detailed 3D inversion model of the Bend vein and target other high-grade ore shoots along the larger structure. The grid on the Domino zone will be a wider spaced survey used to identify large scale anomalies between the past-producing Scottie Gold Mine and the Domino Zone. The surveys will be used to guide the ongoing 2020 drill program, as well as future drill programs.Together these geophysical surveys will aid interpretation in conjunction with sampling and geological mapping and will guide exploration in 2020 and beyond.ABOUT SCOTTIE RESOURCES CORP.Scottie owns a 100% interest in the high-grade, past-producing Scottie Gold Mine and Bow properties and has the option to purchase a 100% interest in Summit Lake claims which are contiguous with the Scottie Gold Mine property. Scottie also owns 100% interest in the Cambria Project properties and the Sulu property. Scottie Resources holds 24,589 ha of mineral claims in the Golden Triangle.All of the Company’s properties are located in the area known as the Golden Triangle of British Columbia which is among the world’s most prolific mineralized districts.Further information on Scottie can be found on the Company’s website at http://www.scottieresources.com and at www.sedar.com, or by contacting Bradley Rourke, President and CEO at (250) 877-9902 or Rahim Lakha, Corporate Development at (416) 414-9954.Forward Looking StatementsThis news release may contain forward‐looking statements. Forward looking statements are statements that are not historical facts and are generally, but not always, identified by the words “expects”, “plans”, “anticipates”, “believes”, “intends”, “estimates”, “projects”, “potential” and similar expressions, or that events or conditions “will”, “would”, “may”, “could” or “should” occur. Although the Company believes the expectations expressed in such forward‐looking statements are based on reasonable assumptions, such statements are not guarantees of future performance and actual results may differ materially from those in forward looking statements. Forward‐looking statements are based on the beliefs, estimates and opinions of the Company’s management on the date such statements were made. The Company expressly disclaims any intention or obligation to update or revise any forward‐looking statements whether as a result of new information, future events or otherwise.Neither TSX Venture Exchange nor its Regulation Services Provider (as that term is defined in the policies of TSX Venture Exchange) accepts responsibility for the adequacy of accuracy of this release. 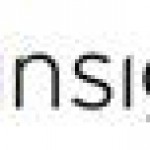 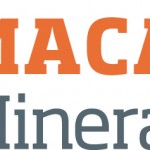