VANCOUVER, British Columbia, Oct. 06, 2020 (GLOBE NEWSWIRE) — Scottie Resources Corp. (“Scottie” or the “Company”) (TSXV: SCOT) is pleased to report on the first assays of the 2020 drill program, including a high-grade intercept on the Scottie Gold Mine O-Zone of 109.4 g/t gold and 32.4 g/t silver over 2.53 metres. The Scottie Gold Mine, which operated from 1981 to 1985, milled vein material averaging 16.2 grams per tonne gold, producing 95,426 ounces of gold from 183,147 tonnes of mineralization. Previous exploration work has indicated 13 different gold-bearing veins on the Scottie Gold project. During the 2020 field season, Scottie completed a total of 7040 metres of diamond drilling – assays for 38 holes are currently pending, and subsequent drill hole results will be released in batches as they become available.
CEO, Bradley Rourke commented: “The 2020 drill results continue to intersect gold and silver mineralization. Drilling at Blueberry and the O-Zone continues to expand mineralization down dip and along strike beyond previous extents.”Table 1: Selected results from Blueberry and O-zone drill holes received this season.https://www.globenewswire.com/NewsRoom/AttachmentNg/e4d907bd-1d62-4c37-96e6-3468f85e4005* true width is estimated to be 80-90% of interval widthScottie Gold Mine O-ZoneThe O-Zone is the northern most of 6 parallel mineralized structures identified during operation of the past-producing Scottie Gold Mine, and it contained some of the highest grade intercepts from the mine, including 107 g/t gold over 4.18 metres. However, the near surface target saw only negligible production prior to the mine shutting down in 1985, and despite its exceptional gold grades has seen no exploration drilling since.Drill hole SR20-27 was designed to test a proposed ore-plunge orientation in an open direction. The intercepted mineralization is a 30 metre down plunge step out from the nearest historical intercept on the O-Zone. Hosted in undifferentiated andesite of the Unuk River Formation, the mineralization intercepted in the hole occurs in a zone of intense chloritization hosting sheared semi-massive sulphide mineralization (pyrite>pyrrhotite>galena).SR20-27: Cross Section Looking NW (+/- 10 m view window)https://www.globenewswire.com/NewsRoom/AttachmentNg/5b52f0da-2654-4e46-aecd-2f97d1cfe598Blueberry VeinThe Bow Property’s Blueberry Vein is located just 2 km NE of the 100% owned, past-producing Scottie Gold Mine located in British Columbia, Canada’s Golden Triangle region. Historic trenching and channel sampling of the Blueberry Vein include results of 103.94 g/t gold over 1.43 metres, and 203.75 g/t over 1.90 metres. Despite high-grade surficial samples and easy road access, the Blueberry Vein has only limited reported drilling. The target was significantly advanced during Scottie’s 2019 drill program when an interval grading 7.44 g/t gold over 34.78 metres was intersected in a new splay off zone of the main Blueberry Vein. This near surface zone is much wider than indicated in previous exploration models, and expansion of it was a strong focus during the 2020 drill program. Results from drilling and mapping of the area indicates that the mineralization extends well past the historic Blueberry Vein and into the host rock, and henceforth reported mineralization in the vicinity will be described as the “Blueberry Zone”.Drill holes SR20-21, 22, and 23 tested the continuity of the mineralized zone discovered in 2019. Step outs were between 25 to 50 metres, in both vertical and lateral directions from the 2019 discovery. Intersections of the structure in holes SR20-22 and 23 suggest that the ore shoot plunges moderately to the north, and contains high-grade intervals (13.1 g/t gold over 1 metre), located in broader zones of mineralization (1.79 g/t gold over 28.74 metres). A total 1609 metres in 11 holes were drilled into the Blueberry Zone during 2020.Quality Assurance and ControlResults from samples were analyzed at MSALABS in Langley, Canada (an ISO 9001 accredited facility). The sampling program was undertaken by Company personnel under the direction of Dr. Thomas Mumford. A secure chain of custody is maintained in transporting and storing of all samples. Gold was assayed using a fire assay with atomic absorption spectrometry and gravimetric finish when required (+9 g/t Au). Analysis by four acid digestion with 48 element ICP-MS analysis was conducted on all samples with silver and base metal over-limits being re-analyzed by emission spectrometry.Thomas Mumford, Ph.D., P.Geo and VP Exploration of Scottie, a qualified person under National Instrument 43-101, has reviewed the technical information contained in this news release on behalf of the Company.ABOUT SCOTTIE RESOURCES CORP.Scottie owns a 100% interest in the high-grade, past-producing Scottie Gold Mine and Bow properties and has the option to purchase a 100% interest in Summit Lake claims which are contiguous with the Scottie Gold Mine property. Scottie also owns 100% interest in the Cambria Project properties and the Sulu property. Scottie Resources holds more than 25,000 ha of mineral claims in the Golden Triangle.All of the Company’s properties are located in the area known as the Golden Triangle of British Columbia which is among the world’s most prolific mineralized districts.Further information on Scottie can be found on the Company’s website at http://www.scottieresources.com and at www.sedar.com, or by contacting Bradley Rourke, President and CEO at (250) 877-9902 or Rahim Lakha, Corporate Development at (416) 414-9954.Forward Looking StatementsThis news release may contain forward‐looking statements. Forward looking statements are statements that are not historical facts and are generally, but not always, identified by the words “expects”, “plans”, “anticipates”, “believes”, “intends”, “estimates”, “projects”, “potential” and similar expressions, or that events or conditions “will”, “would”, “may”, “could” or “should” occur. Although the Company believes the expectations expressed in such forward‐looking statements are based on reasonable assumptions, such statements are not guarantees of future performance and actual results may differ materially from those in forward looking statements. Forward‐looking statements are based on the beliefs, estimates and opinions of the Company’s management on the date such statements were made. The Company expressly disclaims any intention or obligation to update or revise any forward‐looking statements whether as a result of new information, future events or otherwise.Neither TSX Venture Exchange nor its Regulation Services Provider (as that term is defined in the policies of TSX Venture Exchange) accepts responsibility for the adequacy of accuracy of this release. 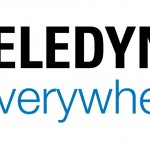