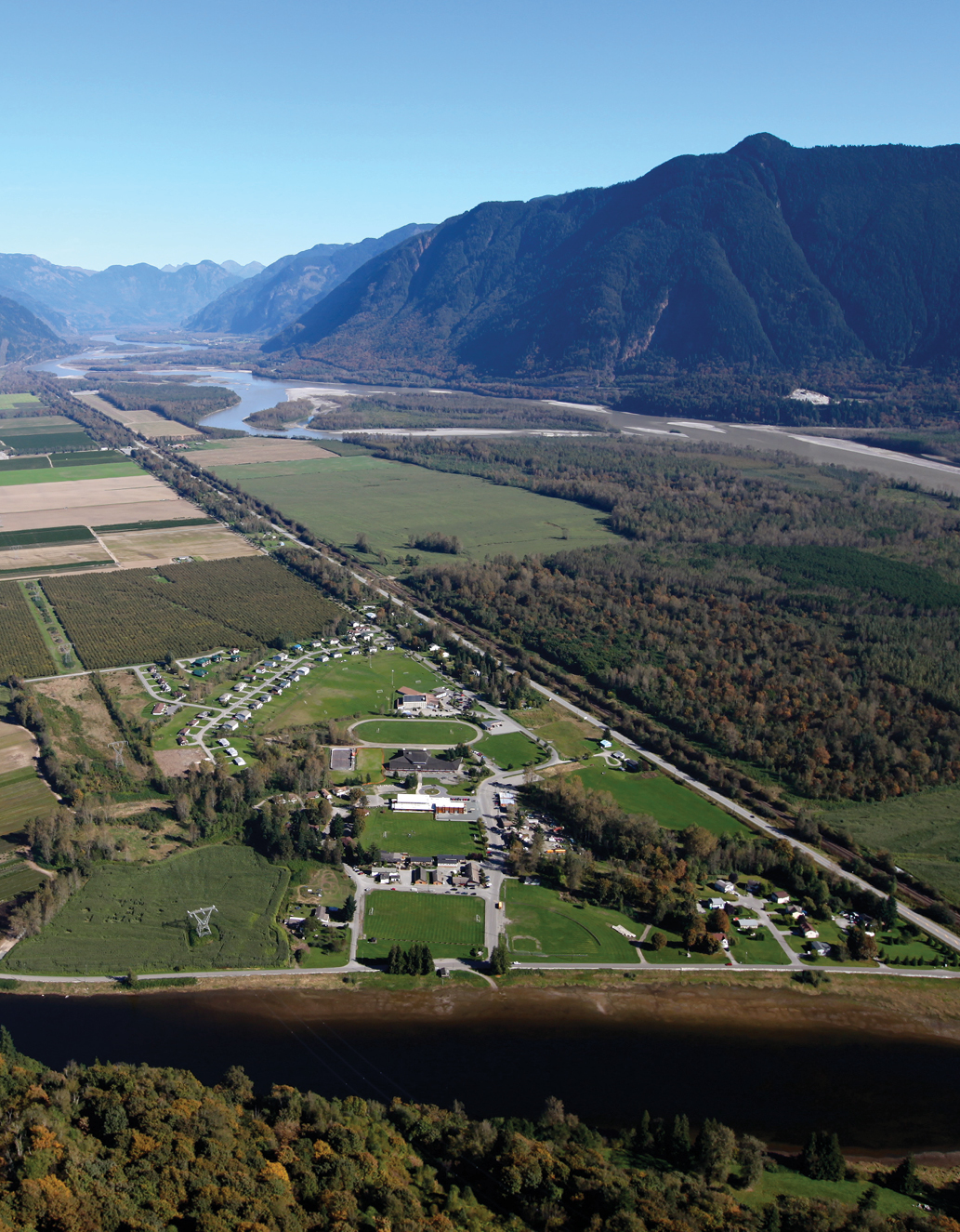 Seabird Island Band promotes a healthier, self-sufficient, self-governing, unified and educated community. They believe that a healthy community is one that has achieved physical, emotional, mental, spiritual and cultural balance.

The band works towards building a community where pride and respect are based on family values, culture and respect for other people’s values, views and ideas. They want to co-exist with other communities and governments while exercising their right to be a self-governing nation.

Seabird Island Band supports full employment, the development of their local economy, and improved housing conditions. They want their community to be a safe and prosperous place for the people. They aim at achieving a good standard of living for all the Band members.

Seabird Island Band will accomplish their mission with the energy of youth, the wisdom of elders, the strength of families, the vision and determination of our political leaders, the guidance of our spiritual and cultural leaders and the contributions of our staff members.

The story of Seabird Island began ago in June of 1879 when Gilbert M. Sproat, an Indian Reserve Commission representative, consulted with the First Nations people to later allocated the island known then as Sqewqél (Skow-a-kull), as an in-common reserve to be held by the people from various areas around the island, because surrounding land could not sustain crops. The land on Seabird Island had rich soil and could provide a place for families to live on. The English name “Seabird Island” was taken from the transport paddle wheeler named Sea Bird which had grounded on an gravel bar, directly across from the now known, Seabird Island.

The Island is rich in archaeological history, with approximately twenty-two recorded known sites located in and around the reserve lands. Some of these sites contain “lithic materials” – which are stones and other substances that ancient artifacts and stone tools are made from. Each year when the soil is cultivated, more of these artifacts surface and the Stó:l Heritage Policy then applies with the assistance of the Aboriginal Rights & Title department.

Since its inception in 1879 as a reserve in-common, and through to its designation as an independent Band in 1959, to now into the 21st century, Seabird Island has been valued by First Nations and Non-First Nations alike for its rich lands and ideal location near transportation corridors like the highway and rail, and other traditional forms of transportation such as trails and the Fraser River. The majority of the First Nations people here are a mixture of Stó:l (People of the River) and Thompson, and native dialects.

The main population of Seabird Island is gathered around an impressive community core which hosts a variety of multiuse buildings such as; daycare, preschool, elementary & high school, fire hall, health centre and the College, as well as multiple playing fields, that hosts the Annual Seabird Festival, and Band offices. Many of the 223 homes are located throughout the community, with smaller sub-divisions pockets on the outskirts of the community.

Their education program on Seabird Island allows First Nations and Non-First Nations students to complete K to 12 studies at Lalme’ Iwesawtexw (Community Elementry and Secondary School). This school puts an emphasis on First Nations culture which is felt to be the key to children’s education. Seabird College, which began operation in 2009, offers a wide-range of courses that will help students achieve certificates they need to get employment in Trades. There is also an adult education facility for people over 19 years, to get their GED along with their Trades and Vocational studies. The Seabird Island Band also operates under the First Nations Lands Management Act, where they have eliminated sections of the Indian Act and offer Land Leases to investors and potential business operators. They have prime agricultural land at reasonable pricing, with large lots. Investors and business operators will benefit from the low-cost of production on Seabird Island compared to off-reserve urban overhead costs.

Current Ventures include Seabird Island Gas Bar & Convenience Store, Gravel Processing, Land Leases, Eco-Tourism and Forestry. Along with their own Wi-Fi, Seabird also operates a Hazel nut orchard that sits on 115 acres with 15,500 trees of both Barcelona and Damiana. According to Brian Jones, Community Development Manager, the latest harvest produced between 100,000 and 300,000-lbs.
There are many varied business enterprises on Seabird Island. The Band has a limited partnership with a local forestry business to harvest timber within their traditional territory. The band has also formed another limited partnership with a local civil construction company – Stqó:ya Construction. This partnership has resulted in contracts to work on B.C Hydro’s Interior to Lower Mainland Transmission project, Right-of-Way maintenance for Kinder Morgan. With having Stqó:ya Construction established now for two years it currently employs 30-40 band and community members.

Aboriginal Affairs and Northern Development Canada has given the Seabird Island Band money to do feasibility studies on the expansion of the Gas bar, Highway Commercial which mentioned by Mr. Jones is outgrowing its current building, an Aggregate Business plan, RV Park/Campground, tourism long the Fraser River, and looking at a business park that covers more than 300 acres. The park already has its first tenant, Seabird’s own composting facility – Eco-Station which too came from government funding in support of the Waste Management Plan.

The Aggregate business plan will also look to help the province mitigate flood and further erosion of Seabird lands and neighbouring communities. This would also allow for further contracts for highway construction and use for developments in and around Seabird Island.
When asked about what the future holds for Seabird Island, Mr. Jones said that it will be “defining what our economy with the blending all the programs, services, training and departments working together.” Right now, the Seabird Island Band is active in forestry, gravel and other mining, along with their business plans for further construction contracts, tourism, and business partnerships to add diversify to their economy. With the shift of business from Vancouver to the Fraser Valley, Seabird Island stands to gain by leaps and bounds in spite of challenges coming from federal government cutbacks.