VANCOUVER, British Columbia, June 17, 2021 (GLOBE NEWSWIRE) — Search Minerals Inc. (“Search” or the “Company”) (TSXV: SMY), is pleased to announce that it has signed a binding letter agreement (the “Letter Agreement” ) with Roland Quinlan and Eddie Quinlan (collectively, the “Vendors”) for an option (the “Option”) to acquire an undivided 100% interest in and to certain claims owned by the Vendors known as the Mann#1, and another claim proximal to Two Tom Lake, (the “Property”).

In order to maintain and exercise the Option, Search is required to make cash payments to the Vendors totalling $200,000 and issue 1,600,000 common shares (the “Shares”) in accordance with the following schedule:

Led by a proven management team and board of directors, Search is focused on finding and developing resources within the emerging Critical Rare Earth Element (“CREE”) District of South East Labrador. The Company controls a belt 63 km long and 2 km wide including its 100% interest in the FOXTROT and DEEP FOX Projects, which are road accessible and at tidewater. Exploration efforts have advanced FOX MEADOW, AWESOME FOX and SILVER FOX as new CREE prospects very similar to and in close proximity to FOXTROT and DEEP FOX.

Search has continued to optimize our patented Direct Extraction Process technology with the generous support from the Department of Tourism, Culture, Industry and Innovation, Government of Newfoundland and Labrador, and from the Atlantic Canada Opportunity Agency. We have completed two pilot plant operations and produced highly purified mixed rare earth carbonate concentrate and mixed REO concentrate for separation and refining. 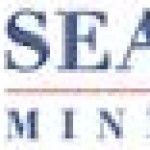 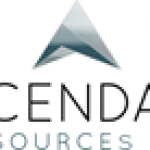