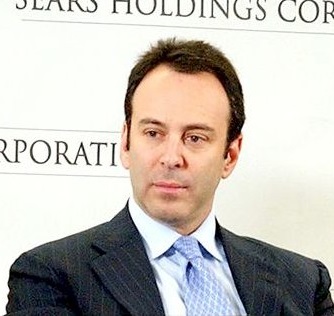 CBJ — Sears in the U.S. has avoided a liquidation process — at least for the time being — after the company’s chairman, Eddie Lampert, won a bankruptcy auction for the struggling retailer.

Lampert’s was the only bid to save the company. The 56-year-old billionaire had upped his bid to more than $5 billion over the last few days through an affiliate of his hedge fund ESL. Details of the final terms are not known. He currently owns 31% of Sears, making him the largest individual shareholder.

The rescue plan still must be approved by the bankruptcy judge in New York, who is presiding over the court case.

Lampert, who steered the company into bankruptcy protection, may be able to keep the roughly 400 remaining Sears stores open, meaning tens of thousands of jobs have been saved, at least for now.

Founded 132 years ago, Sears filed for Chapter 11 bankruptcy protection in October. At that time, it had 687 stores and 68,000 workers. At its peak in 2012, its stores numbered 4,000. The Canadian operations were completely shut down in January, 2018 after having been opened for business in 1953.

The decline of the Sears brand has been blamed on a number of factors including stiff competition from the likes of Walmart and Target. However, some business analysts believe the biggest problem that led to the retailers demise was a lack of movement in the digital space and moving ahead with more innovative and efficient methods of selling products to consumers.