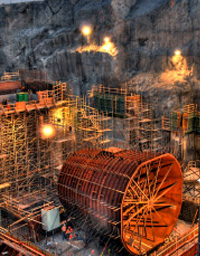 Canada's project of the decade

A sustainability development project with the ambitious goal to generate ‘green revenues’ and promote social acceptability between different cultures.
It’s the kind of story that often gets missed in the news headlines, yet many people are already calling it ‘Canada’s project of the decade.’ It is a reference to the great progress that Hydro Québec’s Société de développement de la Baie James (SDBJ) has made with its $5 billion sustainability development project, earning a good reputation by providing world-class services in project engineering and construction in cooperation with First Nations communities.

Back in 1971, the Société de développement de la Baie James (SDBJ) formed a subsidiary of Hydro-Québec known as Société d’énergie de la Baie James (SEBJ). For the past three decades, SEBJ has offered a vast range of services in power generation, transmission plant engineering, project management and construction, as well as developed an expertise in remote areas and multicultural environments.

In fact, Hydro-Québec’s SEBJ group is proud to have spearheaded one of the largest hydroelectric developments in the world—La Grande complex in the heart of northern Québec—which supplies over 50 per cent of the electricity generated by Hydro-Québec.  As master builders, SEBJ personnel are high-calibre professionals. A multidisciplinary team oversees the completion of every phase of a project, from draft-design, detail engineering, procurement and construction management to environmental monitoring and follow-up. For SEBJ’s clients, the benefits are clear—30 years of experience in managing and completing large-scale construction projects in the energy industry, on schedule and within budget.

Now, the SEBJ, along with its most valued partner—the neighbouring Cree community—are making huge strides with its five-year sustainability development, the Eastmain 1-A-Sarcelle-Rupert project, which is located just south of La Grande complex in northern Québec. Not only do the two parties share information, collaborate and listen to environmental and social impact concerns, but SEBJ has also over 400 Cree employees working on the project. “The initiative is more than just a construction or environmentally-driven project but also an opportunity to work in cooperation with the local host communities in the area, finding value in their efforts and input,” explains Normand Béchard, public relations and director overseeing the public consultation process as part of SEBJ’s Eastmain-1-A-Sarcelle-Rupert project.

Putting northern Quebec on the map

Located in northern Québec, inland from James Bay, the SEBJ team is hard at work to make “power that’s clean and green” in a remote area where some 28,000 people live—14,131 of which are mostly Crees (according to 2006 statistics). The First Nations Cree village of Eastmain is located in north central Québec. Nearby is Eastmain River, which flows 800 km west to drain into James Bay. In the heart of the same region is Rupert River, which flows from eastbound Lake Mistassini and empties in James Bay. At the closure point, 314 km from the mouth of Rupert River, 71 per cent of the river’s flow will be diverted north to drive the turbines of two new powerhouses and some existing stations.

When SEBJ commissioned the Eastmain-1 hydroelectric generating station in 2006, 480 megawatts were added to the installed capacity of Hydro Québec’s generating fleet. “For the Eastmain-1-A part of the project, our focus is on its functionality. We already started installing turbine groups last fall so now mechanical, electronic and turbines are working,” tells Béchard.

To preserve the natural environment and wildlife surrounding Rupert River, eight hydraulic structures will be built. Now, some of the flow from the Rupert River has been diverted to the existing Eastmain 1 reservoir, first passing through the turbines at either Eastmain-1 powerhouse or the new Eastmain 1-A facility.  The remaining flow is then channelled into the existing Opinaca reservoir.

Originally, the commissioning date for the first part of the Eastmain-1-A group was in July 2011 but since there is a great incentive, economically speaking, SEBJ plans to put all of the turbines in by May to capture energy from the spring floods. “Now, we plan to continue on at this pace and be successful in meeting this goal,” tells Bechard. Commenced in January 2007, the Eastmain-1-A-Sarcelle-Rupert project is slated to be completed by early 2012.

The project has resulted with an additional 893 megawatts of power, an output of 8.5 new terawatt hours annually, the equivalent of the annual consumption of Québec City. More than half the output (5.3 terawatt hours) is produced using existing hydroelectric development that requires no additional investments. In line with the principles of sustainable development, the project uses existing hydropower developments, with a project design that minimizes flooding of new land and protecting wildlife—both major concerns expressed by the local communities.

At first glance, many people were concerned about the impacts of hydropower development on northern communities even before the work began in the area—but that’s why both the Cree organizations and Hydro Québec agreed to work together. This is just one example of the consideration and level of collaboration that is illustrated in this unique partnership.

Over the years, Hydro-Québec developed a method that has proven to be successful in all of its northern development projects—by inviting the Aboriginal people to participate in the progress, often times providing employment opportunities. This is especially the case when those living in the communities near the development site. In a region where, historically, the northern Cree community experienced little job security over the past few decades, the expansion of public services and construction in the area has led to economic spinoffs. Contracts awarded by SEBJ and Hydro-Québec even sparked the formation of Cree enterprises.

As the sustainability development project moves forward, the sentiment is that there are more positives to come. As an entity, Hydro-Québec has made it part of its mission—dubbed “social acceptability”—to pursue agreements with the Cree Nation. Currently, SEBJ has some Cree employees still doing survey work for Hydro-Québec. “The host communities are very pleased to have been a part it and even offered to participate in other future projects,” tells Bechard.

Planning for the future generation

Essential to modern cities and world-class centres, electricity is part of daily routines and pivotal to our global economy. Hydroelectricity has the advantage of being a clean, renewable energy source that helps to achieve Canada’s objectives for reducing greenhouse gas emissions under the Kyoto Protocol. Although the project planning and design was a cost-intensive process, after its construction it is simply a matter of regular maintenance and the same water is reused to generate energy, or what Hydro-Québec calls “green revenues” and lessened impact on the environment.

The Eastmain-1-A/Sarcelle/Rupert project is an example of the stringent application of the principles of sustainable development right from the project design phase. “Sustainable development is a way to make sure our children will be in a good position to drive the challenge,” says Bechard. 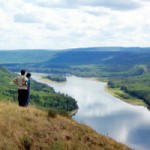 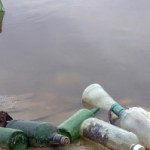