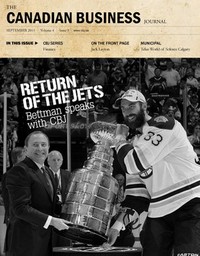 Welcome to the September issue of The Canadian Business Journal. Yes, September already. This summer has come and gone in the blink of an eye, hasn’t it? As if to shake us out of our collective summer solstice, portentous and strange meteorological events of the past week— Hurricane Irene, an earthquake—have ushered out August in a hurry.

Tremors were also felt in political realm with the untimely death of NDP leader Jack Layton. The measure of public response to his passing was surprising. Even those who did not share his politics could not help but respect his lively campaign which broke through rhetoric and sound bites and into the affections of many Canadians. That Layton, after 10 years of climbing a mountain to bring the NDP into the official opposition (and decimate the Bloc Quebecois), is unable to stand and enjoy the view is a cruelty that resonated with Canadians from coast to coast.

Few judged the public’s reaction to Layton’s death worse than Christie Blatchford, who described in the National Post his death as a “spectacle”, and the letter to be read after his demise as “vainglorious”. Who denies a person, particularly one dedicated to public service, the chance to say good-bye, to punctuate his life’s work, to rev the NDP’s engine one last time? Given Blatchford’s prodigious opining, it seems hypocritical to begrudge a man this last opportunity.

Changing of the guards is an inevitability, but can also occur under the happiest of circumstances, as it has in our own offices. Our dear Editor-in-Chief, Sara Kopamees, who had guided this ship since it first launched, is moving on to pursue other endeavours. We will miss seeing her regularly, but will enjoy celebrating her future successes as she has championed those around her.

As always, any comments or questions about what you see in these pages are very welcome, and can be addressed to [email protected] 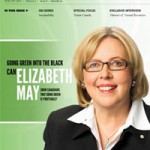 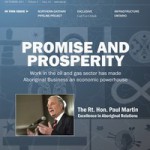