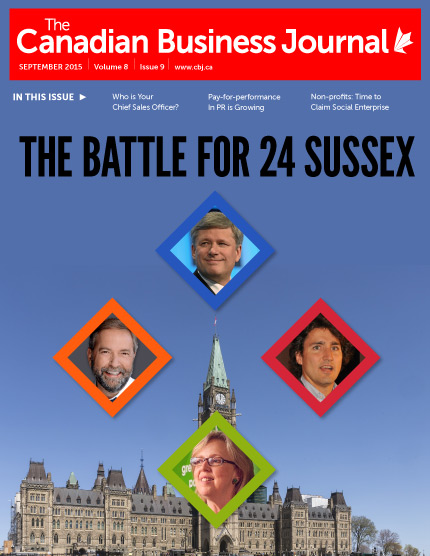 We are currently in the midst of the longest-running federal election campaign in more than a century and there are signs that voters are considering a major shift from right-wing conservatism to far left-wing socialism. Assuming the polls are even relatively accurate, Tom Mulcair and the NDP are currently sitting in the catbird seat. There is little doubt that the cumulative campaign is going to expand in intensity as we head towards the big date on Oct. 19.

Our cover story takes a look at the four main party leaders and their platforms, which for the opposition parties means focusing predominantly on the economy. Technically, Canada did descend into recession after recording two consecutive quarters of negative growth. However, from a pragmatic standpoint it should be noted the declines were almost imperceptible and there was in fact an uptick in June… just not quite enough to reach positive GDP growth for the entire quarter. It’s something to consider when confronted by those screaming RECESSION as loudly as they can. Other than the U.S., Canada has fared far better economically than most any other country during this entire global oil upheaval. It helps to keep that in perspective.

The province of Alberta has been hit hardest by the drop in oil prices with 38,000 jobs being lost, but Calgary continues to show tremendous resiliency thanks to a diversified economic base that extends well beyond resources. Mayor Naheed Nenshi has proven to be a leader with great vision – and action. There is also a plan on the table called CalgaryNEXT, which will include replacing the aging Saddledome where the NHL’s Flames play. A new home for the CFL’s Calgary Stampeders, an amateur fieldhouse and a large venue for conventions is also being planned.

Greece’s (former) Prime Minister Alexis Tsipras announced his resignation and immediately called for an early election. Tsipras says he has a moral obligation to go to the polls now that a third bailout has been secured with European creditors, following Germany’s lukewarm agreement. The overall bailout package is worth about $96 billion U.S. over three years. If Greece wants to remain in the EU, it better get its financial business in order on this third attempt – which will also be its last. Next time there will be no Germany, France and IMF leading a bailout brigade. 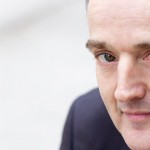