Shaw set to complete first wave of major retail expansion, with new concept stores also coming to B.C. in Langley, West Vancouver, Prince George, Nanaimo, and Victoria by the end of the year.CALGARY, Alberta, Aug. 25, 2020 (GLOBE NEWSWIRE) — Shaw Communications Inc. today strengthened its commitment to investing in local communities and better serving customers with affordable wireless services and gigabit download speeds in more places by opening new retail locations across B.C. and Alberta, and unveiling plans for even more outlets as part of its retail expansion.Customers can now get Shaw Mobile and Shaw’s Fibre+ Gig internet tier at one of 18 full service Shaw retail stores in high-traffic locations across B.C. and Alberta — including 11 new concept stores in the regional hubs of Lethbridge, Medicine Hat, Kelowna, and Kamloops, as well as bigger cities such as Calgary and Edmonton.Shaw will also soon open a retail location in Red Deer — its 12th new concept store — completing the first wave of its retail expansion across Canada’s two westernmost provinces that started July 30 in connection with the launch of Shaw Mobile.“Shaw is committed to creating jobs and investing in the communities where our customers live and our employees work. We understand that we play a critical role in keeping Canada connected through the pandemic and contributing to the country’s economic recovery,” said Paul McAleese, President, Shaw Communications. “In addition to investing in new job-creating retail outlets, we are making it easier and more affordable for customers to get the products and services that have become essential to staying connected with one another.”“Shaw Mobile gives customers the most cost-effective wireless experience anywhere in Canada,” Mr. McAleese said.With Shaw Mobile, Shaw Internet customers across B.C. and Alberta can add wireless to their Shaw Fibre+ Internet plan to get as many as six lines of unlimited nationwide talk and text for $0 on the most popular handsets.Customers can add LTE data by choosing Shaw Mobile’s Unlimited data plan starting at $45 for 25 GB a month, which comes at significantly less cost than similar plans offered by competitors. Alternatively, customers can choose Shaw’s By the Gig plan that lets them pay only for the data they need, starting at $10 per GB, with data rolling over for up to 90 days.Retail expansion creating local jobsShaw has invested millions of dollars in cities across Western Canada as it expands its retail footprint to support its recent launch of Shaw Mobile. By opening new concept stores in places like Lethbridge and Medicine Hat, Shaw is creating jobs and keeping Canadians employed at a time when unemployment remains high due to the impact of COVID-19 and low commodity prices.The importance of Shaw’s local investments in Alberta was confirmed by community leaders.“We are proud to welcome Shaw Mobile to the Medicine Hat Mall,” said Ted Clugston, Mayor, Medicine Hat. “Not only is Shaw now able to provide a faster service and connection to our community but they are contributing to our economy by creating new jobs and opportunities.”“We are very pleased to see the investment Shaw has made in Lethbridge,” said Chris Spearman, Mayor, Lethbridge. “We know that moving forward out of the COVID-19 pandemic economic recovery will be crucial for our community. This is a great example of local job creation.”New stores provide immersive experience for customersShaw’s retail expansion includes five additional new concept stores in B.C. in 2020: Willowbrook Shopping Centre, Langley; Mayfair Shopping Centre, Victoria; Park Royal, West Vancouver; Pine Centre Mall, Prince George; and Woodgrove Centre, Nanaimo.Shaw’s new concept stores give customers a fully immersive destination where they can explore, learn, and interact directly with the latest Shaw products and services, including Shaw Mobile and Shaw’s suite of in-home technology. The design of Shaw’s new retail locations and the revamp of most of its existing locations highlights the ways that Shaw products work together, as well as the benefits of bundling together Shaw Mobile with a Shaw Fibre+ Internet plan.Shaw Mobile customers leverage the power of Shaw’s Fast LTE network, Shaw’s in-home WiFi service, and Canada’s largest network of WiFi hotspots, powered by Shaw’s Fibre+ network. Shaw has invested nearly $30 billion since fiscal 2013 to build, upgrade, and expand its Fast LTE and Fibre+ networks and services.Network investment has allowed Shaw to offer its fastest internet tier, Fibre+ Gig, to more than 99 per cent of its residential and business market across Western Canada, from Bowen Island to Medicine Hat.More information, including a complete list of retail locations, can be found at shaw.ca.About Shaw
Shaw Communications Inc. is a leading Canadian connectivity company. The Wireline division consists of Consumer and Business services. Consumer serves residential customers with broadband Internet, Shaw Go WiFi, video and digital phone. Business provides business customers with Internet, data, WiFi, digital phone and video services. The Wireless division provides wireless voice and LTE data services through an expanding and improving mobile wireless network infrastructure. 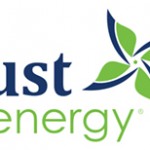 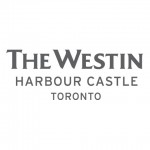 What does a staycation in Ontario look like now?