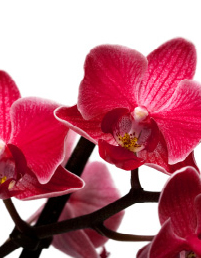 In the business of growing

For a business that is essentially reborn every spring, it’s hard to believe Sheridan Nurseries is 97 years old. And in case you were wondering, the business is nowhere near retirement.

Sheridan Nurseries was the brain child of English immigrants and landscape architects, Howard and Lorrie Dunington-Grubb, who arrived in Canada in 1911. Interestingly, the couple was amongst the first landscape architects in the country, eventually going on to design famous landmarks, such Oakes Garden Theatre in Niagara Falls and Parkwood Estate in Oshawa, Ontario.

As the Dunington-Grubbs familiarised themselves with their new home in Canada, they were disappointed with the lack of ornamental plants and perennials. So, they decided to purchase 100 acres of land in a small town called Sheridan, and start a nursery.

When the Dunington-Grubbs found no experienced horticulturalists available to start the nursery, Mr. Grubb advertised the position in Europe. This is where the Stenssons enter the story—the family who continues to run Sheridan Nurseries to this day. Herman Stensson, former gardener at Kew Gardens in England, applied for the job and was hired.

That was in 1913, the year the nursery opened. Herman moved his family to Sheridan and never looked back. Today, Herman’s grandchildren, Bill, Karl and Karen, pick up where he left off.

CBJ had the opportunity to speak with Karl Stensson, Senior Vice President of Sheridan Nurseries, who oversees all nine retail garden centres in southern Ontario. According to him, the company still operates in the same way it has for decades. “We have stood true to providing a quality product at a fair price,” he says. “We never compromise. Passed from generation to generation, we have it engrained in our heads that quality is number one.”

Finding business for all seasons

To give a better idea of what Sheridan Nurseries entails, the company has over 375 hectares of land, including 33 hectares of propagation farm and 60 hectares of container growing. This area is expanding at the rate of about five hectares per year. This land produces over 600 perennial varieties and more than 800 hardy nursery stock varieties, all of which supply both the garden centre and wholesale sides of the business. Sheridan Nurseries also has a landscape division that offers a variety of services to suit the individual needs of homeowners, from custom designs to planting and installations.

Because the garden centres are a year-round operation, Karl says Sheridan Nurseries has had to compensate by selling other products during the horticultural offseason. Christmas trees—real and artificial alike—and ornaments have been a huge success over the years. “December has become our fourth or fifth largest month in sales, depending on the weather,” he tells.

As for the other months, the nursery is experimenting with ideas. For later in the summer, Sheridan sells patio furniture and lawn ornaments. The biggest challenge, however, is the period from January to March. “We do four per cent of the company’s entire business in the first quarter,” Karl adds. “To supplement that slowdown, we have added a medium- to high-end gift shop that sells decorative items, stoneware, china and jewellery. So far, it has done really well. We’re catering to our female guests with the gift shop, because they represent 75 per cent of our customers and decision-makers.”

Sheridan Nurseries might still be ironing out the kinks, but Karl believes the seasonal nature of the business has been a bonus. “We use the slow winter months for preparations in the stores,” he says. “We paint, hire, train and organize, so we’re well-positioned for the spring.”

Skills shortage
When it is high season, it’s all hands on deck. The spring—in which Sheridan does 65 per cent of its business—calls for almost quadruple the amount of staff. Ordinarily, the company retains about 280 full-time staff, but starting in April, 1,000 employees is normal.

On the retail side, it isn’t difficult for Sheridan to hire the necessary staff. On the growing side, however, skills shortage is just as apparent in the farming industry as it is in other trades. “It’s almost impossible to find labourers that will work in the farms,” says Karl. “It is hard work, and the conditions can be harsh sometimes; it’s physical work in hot and humid climates.”

One helpful program Sheridan Nurseries is involved with is a federal offshore worker program. “We bring in 100 offshore workers every April,” Karl says. “They arrive from Mexico and Jamaica and return home at the end of November every year. It’s a program called Foreign Agricultural Management Services (FARMS), and it’s available to help local farmers grow crops.”

Karl assures that the workers are treated and paid fairly. He also maintains that the program doesn’t take away from Canadian jobs. “We have tried to hire Canadians for the job, but it is difficult to find willing labourers.”

Just as they were taught, the Stenssons have held to the family tradition of offering the best quality and hospitality. One way in which they have done that is by reconceptualising what the customer means. “A number of years ago, we wanted to encourage our staff to be part of the guest experience,” says Karl. “We came up with a concept that compared our stores to our homes and our customers to our guests.”

“The idea is that when you invite someone to your home, you prepare for a great experience, ensure they have a great time and hope they come back,” he continues. “That concept caught on. In-house, we all call the customers ‘guests.’ We have also brought that concept over to the wholesale division, because a clean and organised farm will give wholesale customers a great experience, and they will return to us.”

Another measure the company takes to ensure a flawless experience is adding mystery shoppers. Karl says the decision was made in order to improve. “If we get a complaint, at least we know what the problem is and how we can fix it,” he says. “If we don’t get a complaint, we can’t fix it and we might lose the guest. We really believe in that.”

The Stensson’s hospitality doesn’t just apply to its guests; it also applies to the suppliers and staff. In fact, Sheridan Nurseries has been voted one of Canada’s 50 best managed companies. “That’s part of the success story,” says Karl. “We are constantly finding ways to get better. There are things that you can’t be complacent about.”

It is clear Sheridan Nurseries is more than a job to its owners. It is a legacy to left in the best condition for the present and the future generations. 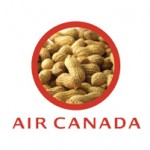 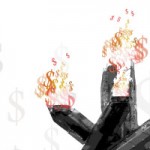