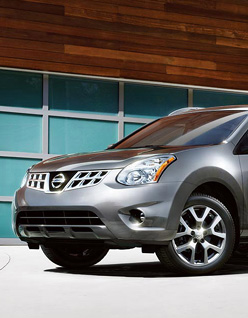 Your way is the Sherway

Sherway Nissan’s goal of growth is both ambitious and admirable: to become Canada’s largest Nissan dealership.

Since upgrading to a larger facility at this time last year, Sherway Nissan has continued with its plan of expansion. Sherway Nissan’s new home, 1350 The Queensway of Toronto, offers a much more expansive 48,000 square feet, among the largest Nissan dealerships in Canada, nearly seven times the size of its former facility. Now, Sherway Nissan strives to achieve the highest customer service index in Canada.

The importance of customer service

Jay Yoo, General Manager of Sherway Nissan, described the move to the new location as a “night and day” difference to the former location.

“As far as us handling our customers, vs. our old location, [it is superior] for customer service and customer accessibility,” said Yoo, who added that business growth and exposure has been tremendous at the new location. “I think our biggest challenge was that at our old location, we had 7,000 square feet with limited parking for inventory, customers, and our staff. Moving here, there is abundance of everything.”

The new surroundings offer an adjustment for Sherway Nissan, as did the economic recession which had taken a hit on the automotive sector around the same time. But according to Yoo, the recession, thankfully, had little impact at Nissan.

“The recession didn’t really affect Nissan as a whole as much as other franchises that struggled during that time. We made sure we held on to one customer at a time,” explained Yoo, who added that while Sherway Nissan didn’t do anything inordinately different during this time, the dealership maintained its focus on its existing ‘job well done’ mantra, maintaining and growing quality relationships with its customer base.

“Being with a Nissan franchise was fortunate during those times. In fact, we picked up the overflow that needed new cars, [customers who] were orphaned out by other dealerships closing down around us.”

During the tough times, Yoo maintains that new and used car sales were “strong”, and that the dealership has been fortunate with its inventory situation and its product.

Yoo also attributes the success of Sherway Nissan to the longevity of his staff, many of whom have been with the company long-term. This also serves as competitive marker for the company.

“We have a great staff here, a consistent management team, many who have been here since before we took over the dealership,” Yoo beamed. “Without our staff, we wouldn’t be Sherway Nissan.”

Sherway Nissan’s recognizable slogan, “Your way is the Sherway”, epitomizes the company’s respectful attitude toward its loyal customer base, which Yoo feels maintain a great relationship with the company’s service department.

“Long-term employees give a lot of familiarity for our customers, they see the same faces,” explained Yoo. “We do our best to make people feel like people as opposed to just being here for service.”

In recent years, environmental initiatives have gained a significant presence in the automotive industry. As such, Sherway Nissan plans to invest in its sustainable movement by adding solar panels to its rooftop, a move which will reduce energy usage and that will return energy to the grid. Utilizing solar panels will allow Sherway Nissan to reduce its carbon footprint, in addition to showing its customers that being ecofriendly is important to the company.

The new location, also, reused and recycled a lot of building materials from its old building, which goes hand in hand with Nissan’s mission to become more energy efficient, complying with Nissan’s new image. That’s not to forget the introduction of Nissan’s new all-electric car, the Nissan Leaf.

Sherway Nissan will introduce the Nissan Leaf, the first 100 per cent electric car produced by Nissan. The Nissan LEAF (Leading, Environmentally friendly, Affordable, Family car) does not have an exhaust pipe, produces no pollution or greenhouse gas emissions, and reduces automotive dependence on petroleum.

In promoting ‘green’ vehicles, the Government of Ontario offers Leaf consumers a maximum $8,500 reimbursement incentive, a factor which allows the vehicle’s price to better mesh with more traditional vehicles which, generally, are more affordable. The Leaf hatchback all-electric car is powered by a 24 kilowatt-hour lithium ion battery pack, with a range of 175 kilometres. Globally available by 2012, the Nissan Leaf markets for US$32,780.

With all of this considered, it is reasonable to understand Sherway Nissan’s goal to become the No. 1 Nissan dealer in all of Canada, both in size and customer service. As Yoo summarized, “We want to grow to become the biggest Nissan dealership in Canada. As long as we give exceptional customer service, the customers keep coming back to Sherway Nissan.”