CBJ — Shopify raised its full-year revenue forecast as more merchants used its e-commerce platform to set up and manage their online stores.

The company, which reported a 75% jump in quarterly revenue, raised its full-year revenue forecast to US$615 million-US$630 million, from its earlier forecast of US$580 million-US$600 million.

Merchants use Shopify’s software platform to design, set up and manage their stores across sales channels including the web, mobile devices, social media and brick-and-mortar outlets.

Shopify gets a bulk of its merchant solutions revenue from fees it charges merchants when their customer orders are processed through Shopify’s payment system.

Revenue from its subscription business, which makes money from the fees Shopify’s clients pay to use its platform, rose about 60% to US$62.1 million. 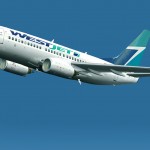