Home | Features | December 18 | Should You Pay Tax on the Furniture and Jewellery You Sold?

Should You Pay Tax on the Furniture and Jewellery You Sold?

A CAUTIONARY TALE ON THE TAX TREATMENT OF PERSONAL-USE PROPERTY

One of my clients, Ricky, lost his wife, Joan, to cancer three years ago (names have been changed to protect their privacy). They had been married for over 50 years and the loss was devastating for Ricky emotionally. So naturally it took him a few years to get around to disposing of Joan’s personal effects and jewellery and even that was only prompted by his decision to sell his house and move into a retirement residence.

Joan owned a 19th century Singer sewing machine that she had bought in the early years of their marriage at a flea market. Ricky was surprised to find out that he could sell it for $700-$800 and told me, “If I manage to sell the Singer sewing machine for $750, given the fact that I have no receipt and no recollection of how much we bought it for, how much capital gains tax do I have to pay on it?”

This special rule also deems the proceeds of disposition of personal-use property to be the greater of the actual proceeds and $1000.

In the case of the Singer sewing machine since both his ACB and proceeds of disposition would be deemed to be $1000, there would be no capital gain to report.

Ricky has a treadmill that he sold too as he would have no use for it in the retirement home. He had bought the treadmill for $3000 and he sold it for $700. He also had a leather couch that was too big to fit in his small space at the retirement home. He had bought it for $1500 and sold it for $2000. Ricky asked me if he could realize a capital loss on the sale of the treadmill and use it to offset capital gains on the sale of his couch.

I told Ricky that unfortunately that was not the case. When it comes to personal-use property a capital loss is not deductible and cannot be used to offset a tax payer’s capital gains.

1 Deeming rule results in the proceeds of disposition to be bumped up from $70 to $1,000

In this instance, Ricky would have to include 50% of the $500 gain realized on the sale of his leather couch in his income and pay income tax on it. Unfortunately, he would not be able to use the $2,300 loss from the sale of the treadmill to offset the capital gains on the leather couch, nor would this loss be deductible against his income. Thankfully, he would not owe any taxes on the sale of the Singer sewing machine as the deeming rule would result the ACB and the proceeds of disposition to be bumped up to $1000 and the capital gains to be nil.

Listed personal property (LPP) is a subset of personal-use property. This type of property, even though it is personally used and enjoyed by the tax payer, has an investment element and can appreciate over time. As a result, the rules in respect of capital losses realized on LPP are different from those that apply to personal-use property.

According to the Income Tax Act, LPP includes the following properties:

As mentioned before, Ricky was planning to sell Joan’s jewellery. The jewellery had been purchased over several decades and none of the receipts had been kept. Ricky had the jewellery appraised and was quite surprised by the high appraisal value of some of the items. A diamond ring he had purchased for their 30th wedding anniversary for $500 (one of the few items that he remembered the purchase price) was now appraised at $5,000. Ricky asked me what the tax implications would be if he sold that diamond ring and whether he would have to declare a capital gains and pay taxes on the proceeds of sale.

Ricky seemed frustrated and told me, “I don’t have any receipts for the jewellery that we purchased over the years, how do I know what the adjusted cost base is, so I can calculate my capital gains?”

If Ricky sells the diamond ring, the $500 purchase price of the ring would be bumped up to $1000 due to the deeming rule and his adjusted cost base (ACB) would be $1,000. Since the $5,000 proceeds of sale would be higher than the property’s ACB, the sale would result in a capital gains of $4,000 being realized and 50% of this gain or $2,000 would be included in his taxable income and would be subject to income tax.

Ricky was surprised to hear this and told me, “That’s interesting. One of the pieces of Joan’s jewellery was an antique broach that we bought at an antique shop for $2000 but it was appraised at only $50. I guess it must have been a fake antique. Can I realize a capital loss if I sell it for $50 and then apply that capital loss to my capital gains from the sale of the diamond ring, the same way I could use capital losses from certain stocks to offset capital gains realized from selling other stocks?”

I told Ricky that fortunately he could do that. Here is how the capital gain would be calculated on the two pieces of jewellery:

1 Deeming rule results in the proceeds of disposition to be bumped up from $50 to $1,000

Tina Tehranchian, MA, CFP®, CLU®, CHFC®, is a senior wealth advisor and branch manager at Assante Capital Management Ltd. in Richmond Hill Ontario and can be reached at (905) 707-5220 or through her website at www.tinatehranchian.com. Assante Capital Management Ltd. is a member of the Canadian Investor Protection Fund and is registered with the Investment Industry Regulatory Organization of Canada. 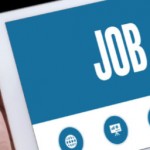