Home | Features | April 14 | Should We Fear The Deflation Ogre?

Should We Fear The Deflation Ogre? 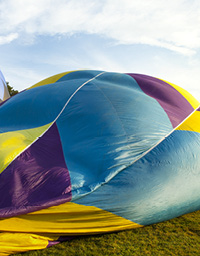 Ogres have featured prominently in fairy tales and popular legend, but have you heard of the deflation ogre?

Christine Lagarde, Managing Director of the International Monetary Fund, dubbed deflation “the ogre that must be fought decisively”.

Deflation is a persistent drop in the general level of prices of goods and services, with an emphasis on “general”. Technological innovation and productivity improvements may cause prices to fall for certain goods and services or in a particular sector, but this is usually not a problem for the economy as a whole, nor does it constitute deflation.

Deflation, per se, occurs only when price declines are so widespread that broad-based price indexes, like the Consumer Price Index, register ongoing declines. Deflation in almost all cases originates from a collapse in aggregate demand.

Deflation should not be confused with disinflation which is a slowing in the rate of increase in the general price level. Disinflation is what most advanced economies, including Canada, have been experiencing in the last two years. Conversely, inflation is a persistent rise in the average level of prices.

Deflation concerns have risen in recent months and stem from the fact that general price pressures remain subdued in virtually all of the advanced economies. The annual inflation rate in the 18-nation euro zone dipped to 0.5% in March, down from 0.7% in February. It is at its lowest rate since November 2009 and considerably below the European Central Bank’s inflation target of just below 2.0%. The U.S. Federal Reserve’s preferred inflation gauge, the Personal Consumption Expenditure (PCE) price index, has been hovering around 1.0 % since early 2013, well below the central bank’s goal for inflation of 2.0%. Canada’s annual inflation rate has held below the Bank of Canada’s 2.0% target for the past 23 months.

With inflation persistently low across advanced economies, and running well below central banks’ targets, policymakers are closely watching the risk of deflation. “The risk of deflation is something that we all carry around when inflation is as low as it is,” Bank of Canada Governor Stephen Poloz told reporters after a meeting of Group of Twenty (G20) finance ministers and central bank governors on April 11, 2014.

Deflation May Seem Good, But…

If consumers and businesses expect prices to fall in the weeks and months ahead, they will postpone purchases, leading to a drop in demand and output. Corporate profits slump resulting in layoffs, wage cuts, falling equity prices and company closures. Demand falls further, setting off a self-reinforcing vicious spiral.

Real interest rates rise, discouraging borrowing and investment. There is a greater incentive to hold on to cash and deposits because deflation increases the purchasing power of money over time. This too reduces incentives to invest, take risks and spend.

Deflation is not kind to debtors. It increases the real burden of debt and can leave many businesses and households with too little income to repay their loans. Thus, deflation often leads to increases in loan defaults and bankruptcies.

Governments with already high debt burdens are particularly vulnerable to deflation. Falling consumption and income translate into less tax revenue, while rising unemployment necessitates higher spending on social programs. Public debt burdens become heavier. It is not surprising that the euro zone—a region already struggling with high debt levels, anemic growth and high unemployment—is most worried about prolonged low inflation and the risk of a slide into deflation.

As noted, upward price pressures have dissipated across advanced economies. Could there be global forces at work? A number of studies indicate the answer is yes.

Economists Matteo Ciccarelli and Benot Mojon estimated that, an average, nearly 70% of the variation in inflation rates among 22 OECD countries is due to a common factor.

Christopher Neely and David Rapach found that common international factors explain 83% of inflation variability in Canada. The Bank of Canada has noted that much of the recent decline in global total inflation (and total inflation in Canada) can be explained by the fall in energy and food prices, which are largely determined on the world market.

There are also domestic forces at play. Canada’s economy has been producing less than its potential for some time, and the weak rates of inflation are largely a reflection of this. Average hours worked and the employment rate remain below trend and, as a result, real average wage growth has been modest since the recession.

Should We Be Worried?

Like many other advanced economies, Canada is experiencing weak inflation. However, there is a general expectation that inflation will increase gradually to the Bank of Canada’s 2.0% target.

In the latest Bank of Canada quarterly Business Outlook Survey, the vast majority of businesses (93%) said they expect the annual rate of inflation to be within the Bank’s 1.0 to 3.0% inflation-control range over the next two years, with expectations concentrated in the 1.0 to 2.0% range. There is a widespread view that the recent depreciation of the Canadian dollar will put some downward pressure on prices. Indeed, many businesses reported that they have seen the prices of imported inputs rise as a result of the lower dollar. Some of the firms surveyed said they hope to at least partially pass on the higher costs while others noted that intense competition may make it difficult to do so.

Leading forecasters surveyed by Consensus Economics in January expected total inflation, as measured by Consumer Price Index, to average 1.5% in 2014, 1.9% in 2015 and 2.0% in two-to-three years’ time.

Inflation expectations greatly influence actual inflation. They point to inflation in Canada remaining within the Bank of Canada’s inflation-control range, and do not point to the emergence of outright deflation.

“It’s not that we fear deflation in the next moment. None of the real conditions that produce outright deflation, where all prices and wages are declining at the same time … are present,” said Bank of Canada Governor Stephen Poloz. “What we worry about is, when inflation is especially low, if there were another shock that came along that put more downward pressure on the economy, that would introduce the risk of a deflationary outcome,” he explained.

In the latter half of the 1980s, Japan experienced strong growth that coincided with a tremendous run-up in land and equity prices. The economy overheated and authorities sharply increased interest rates in 1989 and 1990 to cool the economy, triggering the collapse of asset prices and private demand.

Banks, which had lent to real estate and construction companies, struggled under a mountain of bad loans and rapidly declining profitability. Persistently high nonperforming loans and a declining value of banks’ equity portfolios constrained bank credit and sapped household and business confidence.

With demand in sharp decline, and the country straddled with massive excess capacity, inflationary pressures dissipated. Other factors, including a decline in import prices stemming from the gradual removal of trade barriers, an appreciating currency through early 1995 and deregulation in certain sectors, also pushed down prices. Japan’s inflation rate declined from just above 3.0% in 1990 to roughly zero per cent in 1995. The country slipped into deflation in 1998 and remained stuck in moderate deflation for the next 15 years.

The Bank of Japan adopted a number of measures, including as a zero interest rate policy, and the government introduced economic stimulus programs to spur economic growth. While these policies were effective in spawning economic activity, economic momentum could not be sustained because these initiatives could not change people’s persistent deflationary expectations. A sense that prices would not rise became entrenched. Households were inclined to defer consumption as much as possible.

Japan became caught in a vicious cycle of falling demand, lower production, falling profits, receding real wages, slumping consumption, waning business fixed investment and declining prices. Deflation was not only a result of economic stagnation, but also a cause of protracted economic stagnation.

One can understand why policy makers are determined to resist deflation. Japan’s experience serves as a stark reminder of just how economically debilitating deation can be.

Fortunately, and for the foreseeable future, the chances of deflation in Canada appear remote, in large part because the conditions that produce deflation are not present and because there is an understanding that the Bank of Canada and other policymakers will act preemptively and decisively to combat whatever shocks may occur.

The Bank of Canada works to minimize the chances of both a sustained upward drift in inflation and persistent deflation. It aims to keep inflation at 2.0%. It has long recognized that low, stable and predictable inflation is a prerequisite to a well-functioning economy.

The Bank’s inflation-targeting regime is well-entrenched in Canadians’ minds.

While inflation in Canada is currently below the Bank of Canada’s 2.0% target, it is expected to pick up gradually and return to target by the end of 2015 as demand strengthens and excess capacity in the economy is absorbed. 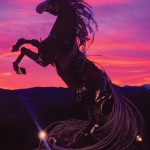 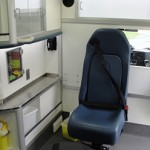