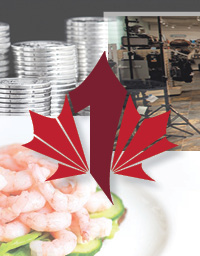 Silver Wheaton, the largest metal streaming company in the world, earned a top spot in the 2011 CBJ Company of the Year Awards.
Since its founding in 2004, Silver Wheaton has grown to a market capitalization of about US$11 billion, and is a world class miner of two of the most globally in-demand commodities: silver and gold.

“Silver Wheaton is pleased to be recognized as a top Canadian company by The Canadian Business Journal,” said Randy Smallwood, President and CEO of Silver Wheaton. “Our success can be attributed to our high quality assets, strong management team, and unique and effective business model. We will continue to aggressively pursue high quality and low risk silver stream opportunities from around the globe, in order to build further value for our shareholders.”

Silver Wheaton’s lower-risk business model—when compared to traditional mining investments—was designed specifically to create long-term shareholder value and has a number of unique aspects. At its core are multi-year agreements to purchase, at a low fixed cost, all or a portion of the silver production, and a small amount of gold, from high quality mines in Mexico, Canada, Peru, Chile, Argentina, Sweden, Greece, Portugal, and the United States.

The company has essentially fixed operating costs, no exchange rate risk, and no ongoing capital expenditures or exploration costs. A large percentage of the company’s revenue is derived from low-cost and long-life mining operations and it does not sell forward its silver production. All of this provides leverage to increases in the price of silver, while mitigating many of the downside risks associated with traditional mining companies. As a result, Silver Wheaton has an industry-leading growth profile, and it is very well positioned for further, sustained growth.

Silver Wheaton has gone from strength to strength, following up a successful 2010 with a very impressive year to date. Currently, Silver Wheaton is particularly enthusiastic about the production ramp up of its first cornerstone growth asset, the world class Peñasquito mine in Mexico, which is estimated to add significant production growth. Once at full production capacity, which is anticipated in early 2012, Silver Wheaton’s share of the silver production from this mine is about 7 million ounces annually.

Silver Wheaton’s second cornerstone asset, Barrick Gold’s world class gold-silver Pascua-Lama project, is scheduled to commence production in mid-2013. Pascua-Lama is drawing attention for its potential to be one of the largest and lowest cost gold mines in the world, with a life span of more than 25 years. In its first five years of operation, Silver Wheaton’s attributable silver production is expected to average 9 million ounces annually.

With an industry-leading growth profile, Silver Wheaton’s silver equivalent production is forecast to reach an impressive 43 million ounces by 2015. And with mines scheduled for production for decades to come, Silver Wheaton is positioned for a successful future, one that we will continue to herald in CBJ. 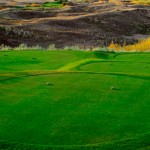 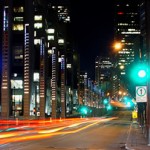